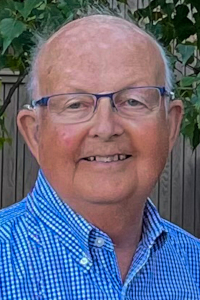 Offer Condolence for the family of R. David “Dave” Kissinger

ALBANY – James E. “Jim” Moran, age 91, passed away peacefully on April 10, 2017 surrounded by family and friends at home. Born in Binghamton, NY, Jim survived having polio as a child, and enlisted into the Army Air Corps after graduating from Binghamton North High School. He proudly served in the Fifth Air Force,… Continue Reading

Offer Condolence for the family of James E. Moran

ALBANY – Robert S. Conboy, 90, of Albany, passed away Tuesday, June 17, 2014 at St. Peter’s Nursing & Rehabilitation Center.  Mr. Conboy was born in Binghamton, NY, the son of the late James A. and Helen Foster Conboy.  He served in the U.S. Army Air Forces in Europe during World War II from 1942-1945. … Continue Reading

Offer Condolence for the family of Robert S. Conboy

ROTTERDAM – Scott R. Smith, 27, of Rotterdam, died unexpectedly on Sunday, January 23, 2011.  Scott was born in Albany and raised in Canton, Binghamton, and Cortland.  He was a graduate of Cortland High School, and was trained as an electrician through the electrical unions in Albany and El Paso, TX.  He then was employed… Continue Reading

Offer Condolence for the family of Scott R. Smith

A Certified Celebrant is a person who is trained and certified to meet the needs of families during their time of loss.  A Celebrant serves by providing a funeral service that is ...  END_OF_DOCUMENT_TOKEN_TO_BE_REPLACED