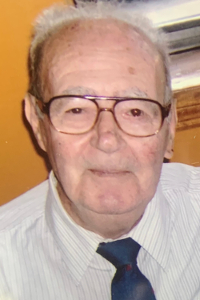 ALBANY – Giuseppe Garufi, 92 years of age, of Albany NY, passed away from natural causes with his family at his side on Wednesday, July 6, 2022.  Giuseppe was born in Contura, Sicily in 1930, the son of the late Antonino and Maria Garufi. Early in his life he traveled to Argentina and worked as a skilled mason for 10 years. He then went back to Sicily and married Lina Treviso his devoted wife of 62 years. He and his wife emigrated to Canada where his sister and brother were awaiting him. He lived and worked in Toronto, Canada for 10 years. He and his family then emigrated to the United States where he joined his mother, father, sister and brothers-in-law in Albany, NY.  He became a union member of the Bricklayers and Allied Craftworkers local #2, until his retirement.  He enjoyed gardening, playing cards, bocci ball, wine making, hunting, family gatherings and often vacationed in his country of birth, Italy.

The family would like to thank Sharnel and Heather for their hard, dedicated, special work they did in caring for Giuseppe.

Funeral services will be held in the Hans Funeral Home, 1088 Western Ave., Albany, Monday morning at 8:15 a.m., and from there to All Saints Catholic Church, 16 Homestead St., Albany (behind CVS) at 9:00 a.m.  Relatives and friends are invited, and may call at the funeral home Sunday from 3-7 p.m.  Entombment will be in St. Agnes Cemetery, Menands.  To leave a message of condolence for the family or obtain directions to the funeral home, please visit www.HansFuneralHome.com.

This is a video tribute to Giuseppe:

This is a recording of Giuseppe’s Mass of Christian Burial:

Offer Condolence for the family of Giuseppe Garufi

A Certified Celebrant is a person who is trained and certified to meet the needs of families during their time of loss.  A Celebrant serves by providing a funeral service that is ...  END_OF_DOCUMENT_TOKEN_TO_BE_REPLACED