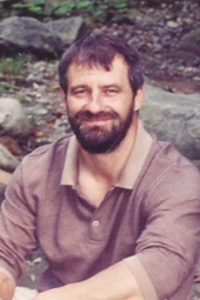 STEPHENTOWN – David Michael Hart of Stephentown passed away peacefully in his home on August 27, 2021 with his wife by his side after a courageous and challenging battle with brain cancer. He fought to the end with hope, humor, and determination.

Born in Hudson, he was the son of Raymond J. Hart and Jean (Pfeil) Rustick. He spent his early childhood at his grandparent’s (Hart) home in the village of Chatham and moved to Castleton as a teenager, graduating from Maple Hill High School in 1973. He was on the school’s baseball, football and bowling teams.

David started his career at the Cargill flour mill at the port of Albany as a warehouse clerk, and after a brief time at Johnstone supply, he settled into the Maintenance Director position at Camp Schodack where he spent the next 20 years. He was known by the campers and counselors as “Macgyver” because he could fix anything with his sparse toolbox. He was involved in countless projects that brought the camp into its present success. As a Presbyterian minister, he cared deeply for the ones under his care. On most Sundays, he and his wife would have a houseful of people over for a meal, discussion, singing and fellowship.

David had a passion for life, his family and nature. He was a true autodidact, teaching himself Greek, German and Russian, music theory, political philosophy, history, theology, ancestral lifeways and countless other subjects he found interesting and useful. Most recently, he was especially interested in the practices of pre-industrial cultures from stone-age humans up through the Native Americans whose former land we currently occupy. He spent hours making baskets and cordage from tree bark, using only sharpened rocks as tools. David fused his love of language with his interest in hunter-gatherer culture by learning the Latin names of many of the most useful plants and trees in the area and would actively forage for them. He was devoted to sharing his knowledge with anyone with a common interest, and had the opportunity to give a guided tour of the Kinderhook Nature Preserve where he helped attendees identify the various flora, indicating the Latin genus and species, as well as common uses for them by the indigenous Mahicans. David was also passionate about geography, carefully studying topographical maps for hours, making him far more reliable as a navigator than any GPS guided system!

He was especially a music lover and wrote many songs in an attempt to distill his life philosophy as succinctly as possible. He did not like long and verbose treatises and was very good at summarizing the very essence of a complex theory in a few memorable phrases, so the craft of songwriting fit him well. He deeply valued self-reliance, independent thinking, helping those in the community, personal autonomy, connection to land and food, a respect for the wisdom of elders, and the need to consider how our lifeways will affect future generations; similarly, he rejected the ideas of hierarchy, bureaucracy, patriarchy, and an approach to religion that emphasized rules over the spirit. These themes made their way into many of his songs, and like his musical hero Bob Dylan, they were expressed with candor and wit.

David was always careful about nutrition and physical fitness. At a lean body weight of 165#, he was regularly deadlifting over 300# and squatting over 250# until just a few months prior to his passing. But despite his excellent health, he was diagnosed with an aggressive brain tumor in April 2020. During the height of the pandemic, he was unable to have his family with him at the time of diagnosis and brain surgery. Even though it was very difficult, David was very proud of the fact he walked in and out of the hospital of his own free will before and after brain surgery. When the doctors gave him very little hope, he didn’t give up. He researched ways to fight the tumor through fitness, nutrition and even some unorthodox treatments. Unfortunately, the cancer took him sixteen months after diagnosis.

A memorial service will be held at 11:00 a.m. on October 9, 2021, at the Emmanuel Reformed Church,  1150 Maple Hill Rd, Castleton-On-Hudson, NY 12033.  In lieu of flowers, we ask that support be provided to the Rensselaer Land Trust for the Kinderhook Creek Nature Preserve, 300 Martha Hicks Rd, East Nassau, NY 12062  or https://www.renstrust.org/.  To leave a message of condolence for the family, please visit  HansFuneralHome.com .

Offer Condolence for the family of David M. Hart

A Certified Celebrant is a person who is trained and certified to meet the needs of families during their time of loss.  A Celebrant serves by providing a funeral service that is ...  END_OF_DOCUMENT_TOKEN_TO_BE_REPLACED