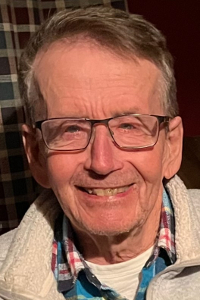 ALBANY – Cornelius “Neil” Heffernan, 75, of Delmar, formerly of Albany, passed away unexpectedly on Wednesday, November 2, 2022, at Albany Medical Center.  Neil was born in Albany and lived here all his life.  He was employed for decades as a letter carrier for the U.S. Post Office, where he served the neighborhoods on and near New Scotland Avenue.  He also delivered newspapers for several years.  He lived on dialysis for fifteen years until receiving a kidney transplant six years ago.

Neil is survived by his beloved wife of 52 years Mary Marden Heffernan; his children Amy Citone (Angelo) of Albany, Jayne Scanni (Michael) of Selkirk, Erin Smith (David) of East Greenbush, and John Heffernan of Albany; and his grandchildren Jacob and Jenna Citone, Sophia and Matthew Scanni, and Liam, Charles, and Vivien Smith.  His grandkids were his pride and joy and each one had a special “Grandpa Heffernan” story they could tell. Spending time with him was sure to put a smile on anyone’s face. He was predeceased by his sister Mary Anne Heffernan.

Whether it was raining, snowing, hot, or cold, you could be sure to find Neil out walking through Delmar and Albany. Nothing could stop his daily walks. Biking was also a passion of his. No trip was too long; he simply would take his time and enjoy the ride. He loved walking with his friends and their dogs, Jessie and Java.

One of Neil’s adventures included the time he and his friend, “Mugsy” hitchhiked across the country to California in June 1968, an experience he never forgot and frequently spoke about.  Later on in life his adventures were closer to home. He was known to walk or bike to Clifton Park, Voorheesville, and Thatcher Park.  Neil faced many medical challenges, however he was strong and never let them stop him. He was an inspiration to many.

A memorial mass will be celebrated Thursday, November 10 at 11:00am at St.Vincent de Paul parish.  Relatives and friends are invited, and may call at St. Vincent’s beginning at 9:30am.  In lieu of flowers, memorial donations may be made to PKD Foundation, PO Box 871847, Kansas City, MO 64187. The family extends their sincere gratitude to the Bethlehem PD and Rescue Company and Albany Medical Center. To leave a message of condolence for the family, please visit www.HansFuneralHome.com.

Offer Condolence for the family of Cornelius “Neil” Heffernan

A Certified Celebrant is a person who is trained and certified to meet the needs of families during their time of loss.  A Celebrant serves by providing a funeral service that is ...  END_OF_DOCUMENT_TOKEN_TO_BE_REPLACED