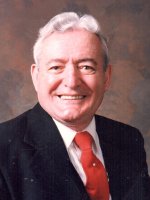 ALBANY – Charles J. DiMura, 87, known locally as “Charley Taps DiMura”, died Sunday, December 16, 2012 at the Albany County Nursing Home.  Charley was born in Albany, the son of the late Joseph DiMura, Sr. and Josephine Scuderi DiMura.  He lived here all his life.  He was employed by the General Electric Co. during World War II, and served in the U.S. Army in Korea during the post war era.  He was employed as a waiter at local restaurants Emma’s and Shea’s Little Bavaria.  He also was an entertainer and tap dancer.  Over the years, he performed on the radio program “Major Bowes Amateur Hour,” and the television program the “Ted Mack Original Amateur Hour.”  He also performed his imitation of Carol Channing singing “Hello Dolly” on the television show  “Live with Regis and Kathie Lee” in 1995.  He also was a devoted member of the former St. Margaret Mary’s Church in Albany. 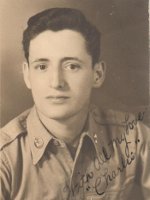 Charley is survived by his brothers Joseph DiMura, Jr. (Halina) of Albany, and John DiMura (Beverly) of Albany; his sisters in law Venera, Virginia, and Marie DiMura; and by many nieces and nephews.  He was predeceased by his brothers Frank, Salvatore, Fortune, and Anthony; and by his sisters Mary Fox, Phyllis Lounello, and Antoinette Gach.

Funeral services will be held in the Hans Funeral Home, 1088 Western Ave., Albany, Thursday morning at 8:15, and from there to All Saints Catholic Church, Homestead St., Albany at 9:00.  Relatives and friends are invited, and may call at the funeral home Wednesday from 4-7 p.m.  Interment will be in Calvary Cemetery, Glenmont.  The family suggests memorial contributions to All Saints Catholic Church, 12 Rosemont St., Albany, NY 12203.  To leave a message of condolence for the family, send a sympathy card, or obtain directions to the funeral home, please visit www.HansFuneralHome.com.

Offer Condolence for the family of Charles J. “Taps” DiMura

A Certified Celebrant is a person who is trained and certified to meet the needs of families during their time of loss.  A Celebrant serves by providing a funeral service that is ...  END_OF_DOCUMENT_TOKEN_TO_BE_REPLACED