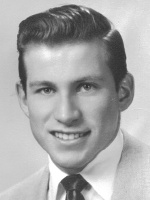 SHARON SPRINGS, NY – Willis Stryker Conard, 77, passed on peacefully at Bassett Hospital, Cooperstown, NY on Nov. 12, 2011, after a valiant battle with prostate cancer. Born Dec. 16, 1933, in Belle Mead, NJ, he was a son of the late Samuel L. and Mary Stryker Conard.  After meeting his life partner [beloved wife Patricia Martin] at the 1950 NJ State 4-H Dairy Cattle Show, he graduated from Somerville High School in 1952. He began his agricultural career as a DHIA milk tester and later worked as a herdsman for prominent NJ Holstein breeder, Jessie Lake who inspired Willis’s passion for breeding great Holsteins.

Willis and Pat married in 1955. Together, they launched their career through several dairy herd manager positions throughout the northeast. In 1962, they rented the Van-Pelt farm in Readington, NJ and in 1969, purchased their present-day Ridgedale Farm in Sharon Springs, NY where they resided for the past 42 years.

His many awards include: 1988 NYS Master Breeder, 2004 Montgomery Co. Conservation Farmer of the Year and 2010 OHM Holstein Club “Honoring Our Own” award. His memberships included Farm Bureau and National Holstein Association and he served as a director and sales agent for the OHM Holstein Club.

Willis was recognized internationally for his cattle breeding & development skills. He marked Holstein history by breeding the world’s first EX-97 Red & White Holstein sire and bred and developed the world’s first 3-generation line of EX-95 females, all bearing his Ridgedale prefix and all developed under his attentive care. 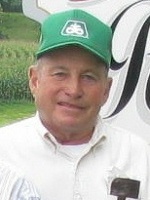 His dairy farm and Holsteins were the great joy of his life, but if given a spare moment, he also enjoyed fishing and hunting.

In accordance with Willis’ wishes, he was accepted to the Anatomical Gift Program at Albany Medical Center. A private memorial service will be held at a later date.

Contributions in Willis’ memory can be made to the “Willis S. Conard Master Showman Award Fund” c/o Wayne Conard, 164 Maring Road, Sharon Springs, NY 13459. The fund will annually provide an award to the Master Showman youth exhibiting at the NY Spring Dairy Carousel in Syracuse, NY.  To leave a message of condolence for the family please visit www.HansFuneralHome.com.

Offer Condolence for the family of Willis S. Conard

A Certified Celebrant is a person who is trained and certified to meet the needs of families during their time of loss.  A Celebrant serves by providing a funeral service that is ...  END_OF_DOCUMENT_TOKEN_TO_BE_REPLACED