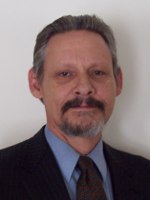 ALBANY – William J. McSpedon, 60, of East Berne, passed away on Thursday, December 17, 2015 in the Hospice Inn at St. Peter’s Hospital.  Bill was born in Dobbs Ferry, and raised in Carmel.  He lived in Lake Hopatcong, NJ for several years before moving to the Albany area.  He attended Colgate University, and was employed as a heavy equipment operator first by Local 137 of the International Union of Operating Engineers (IUOE), and later by Local 825 of the IUOE.  He then changed careers, and became a lobbyist in support of unionized workers, first for the New Jersey AFL-CIO, then the New York AFL-CIO, followed by the New York State Conference of Operating Engineers and then the IUOE as Regional Political Director, where he retired in 2013.  Bill enjoyed playing the drums, and also loved spending time with his family boating on Lake Champlain and vacationing on Block Island, Rhode Island.

Bill is survived by his beloved wife Elaine M. Nault McSpedon; his children Alexandra McSpedon of Brooklyn, and Nicholas McSpedon of East Berne; his mother Sonia Friberg McSpedon of Newcomb; his brothers Jack McSpedon (Elaine) of Temple, TX, and James McSpedon of West Palm Beach, FL.  He was predeceased earlier this year by his father William J. McSpedon, Sr.

Calling hours will be held in the Hans Funeral Home, 1088 Western Ave., Albany, Sunday from 3-6 pm.  Relatives and friends are invited.  There will be no services.  Interment will be held privately at the convenience of the family.  In lieu of flowers, memorial contributions may be made to the Helderberg Ambulance Squad, PO BOX 54, East Berne, NY 12059-0054; or to the Community Hospice,  295 Valley View Blvd, Rensselaer, NY 12144.  To leave a message of condolence for the family or obtain directions to the funeral home, please visit www.HansFuneralHome.com.

Offer Condolence for the family of William J. McSpedon

A Certified Celebrant is a person who is trained and certified to meet the needs of families during their time of loss.  A Celebrant serves by providing a funeral service that is ...  END_OF_DOCUMENT_TOKEN_TO_BE_REPLACED