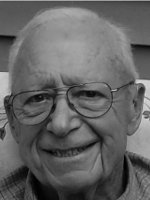 On February 13, 1942, Ed joined the army, and served in the 3rd Infantry Regiment, and later became a platoon sergeant for the 1st Platoon Search Company A, 1st Battalion 3rd Infantry Regiment (The Old Guard).  During the war Ed was in France and Germany. While on furlough, Ed married his sweetheart, Henrietta Heitzman on October 23, 1943.

Ed spent 38 years working for New York Telephone and retired from the Engineering and Planning Department in 1984.   He also was a volunteer for the Capital Communications Federal Credit Union (CapCom) for 26 years later serving as Chairman of the Board of Directors.  In honor of his contributions to CapCom Federal Credit Union, they established the Weidner Ed Davis Scholarship.

Throughout his life, Ed volunteered in community efforts.  While living in Kingston, he was a volunteer firefighter and President of the Ulster Hose Fire Department.  After moving with his family to Albany he helped build two baseball fields for the local little league.

Ed had a passion for art.  He began sketching as a child, and after his retirement, Ed devoted his time to painting.  He has several landscape paintings featuring places in Upstate NY.  He loved the stone houses, hills, mountains and lakes of Ulster County, and captured the beauty of these places in his art.  Many of his paintings are on display at Deising’s Restaurant at North Front Street, Kingston NY.

Also, Ed was a member of the Adirondack Mountain Club Albany and Schenectady Chapters and has hiked many Adirondack and Catskill mountains.  Ed loved square dancing. He was a member of the Latham Circle Squares and the Shoe Leather Express in Gloversville.  Recently Ed had the honor of participating in the Leatherstocking Honor Flight where he and fellow World War II and Korean War Veterans visited the World War II and Korean War monuments.

Through the years, Ed has made many friends from his involvement in the Elks Club, the American Legion Zaloga Post and the H.B. Kuhn Senior Center in Colonie.  He was a kind, helpful friend to all who knew him.

Ed was predeceased by his wife of 59 years, Henrietta Heitzman Davis; his parents, his sister Gertrude, and his brothers Millard and Raymond.  He is survived by his children Weidner E. (Bonnie) Davis Jr., Jeffrey J. (Paula) Davis, Gregory A. (Rebecca) Davis, Cornelius J. (Cathy Marvin) Davis, Paul J. (Janice) Davis, and Judith A. (Christopher) Gardner, 14 grandchildren, 21 great-grandchildren, and numerous cousins, nieces and nephews.  Ed was a loving Dad, grandfather, and great-grandfather.  His family treasures the joy and love he brought to their lives.

Funeral services will be held in the Hans Funeral Home, 1088 Western Ave., Albany, Thursday morning at 8:15 a.m., and from there to All Saints Catholic Church, 16 Homestead St., Albany (behind CVS).  Relatives and friends are invited, and may call at the funeral home Wednesday from 4-8 p.m.  Interment will be held privately in Mt. Pleasant Rural Cemetery, Boiceville, NY.  To leave a message of condolence for the family or obtain directions to the funeral home, please visit www.HansFuneralHome.com .

Offer Condolence for the family of Weidner “Ed” Davis

A Certified Celebrant is a person who is trained and certified to meet the needs of families during their time of loss.  A Celebrant serves by providing a funeral service that is ...  END_OF_DOCUMENT_TOKEN_TO_BE_REPLACED