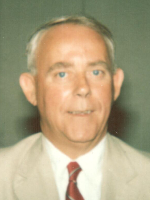 Tom began his career with the NYS Division of the Budget as a Budget Examiner in the General Governmental Unit.  In 1972, Tom joined the Dept. of Tax & Finance where he served as Director of Tax Compliance, Assistant Administrative Director, Assistant Deputy Commissioner, and Director of Administration before assuming his position as Director of Internal Audit and Quality Control.  Tom was a proud member of the NYS Tax Golf League.

Tom spent twenty winters in Englewood, FL.  During his retirement, he loved to travel in Europe and the Caribbean.  Tom loved the ocean, cruising, sailing, or simply walking on the beach collecting seashells.  And of course, he loved to golf.

Survivors include his wife Gail Kirk Hogan; his sons Kevin (Kate) of Buffalo, Brian of Albany, Christopher (Kath) of Albany, and Brendan (Sandra) of Holbrook; his sister Mary E. Hogan; and his grandchildren Caroline, Lindsay, Keely, Connor, Seamus, Molly, and Timothy.  Tom was predeceased by a son Thomas E., his sister Kathleen, and his brothers Edward M. and Larry.

A Mass of Christian Burial will be celebrated Thursday morning at 9:00 a.m. in All Saints Catholic Church, 16 Homestead St., Albany (behind CVS).  Relatives and friends are invited.  Interment will be in the Gerald B. H. Solomon Saratoga National Cemetery at a later date.  To leave a message of condolence for the family, please visit www.HansFuneralHome.com.

Offer Condolence for the family of Thomas F. Hogan

A Certified Celebrant is a person who is trained and certified to meet the needs of families during their time of loss.  A Celebrant serves by providing a funeral service that is ...  END_OF_DOCUMENT_TOKEN_TO_BE_REPLACED