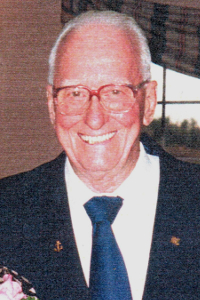 ALBANY – Stanley E. Wehr, 95, of Albany, passed away on Wednesday, May 13, 2020 at the Eddy Memorial Geriatric Center in Troy.  Stan was born in New York City, but lived most of his life in Albany.  He served in the U.S. Navy during World War II as a machinist’s mate on a submarine in the Atlantic, and on a destroyer in the Pacific.  He was employed for many years by Red Star Trucking, and later by the Albany Institute of History and Art.

Due to the current virus pandemic, funeral services will be held privately with interment Graceland Cemetery, Albany.  Arrangements have been entrusted to the Hans Funeral Home, Albany.  The family suggests memorial contributions to  New Covenant Presbyterian Church, 916 Western Ave, Albany, NY 12203.  To leave a message of condolence for the family, please visit www.HansFuneralHome.com.

Offer Condolence for the family of Stanley E. Wehr

A Certified Celebrant is a person who is trained and certified to meet the needs of families during their time of loss.  A Celebrant serves by providing a funeral service that is ...  END_OF_DOCUMENT_TOKEN_TO_BE_REPLACED