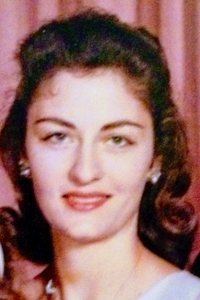 ALBANY – Sophie N. Gouvakis, 92, of Albany, passed away on Friday, July 9, 2021.  Sophie was born in New York City, the daughter of the late Christos J. George and Angeliki Konstantinidis George.  After the death of her father, she was raised by her mother and stepfather Ermoyenis I. Iatriades.  She attended the Fashion Institute of Technology, and was employed for a time by clothing designers Jane Derby, Elizabeth Arden, and Geoffrey Beene.  In 1950, she was crowned New York’s Miss GAPA.  She moved to Albany in 1977, and was a member of St. Sophia Greek Orthodox Church, where she was also a member of the Greek Orthodox Ladies Philoptochos Society.  Sophie devoted most of her life to raising her four children, and in her later years helping to raise two of her grandchildren. 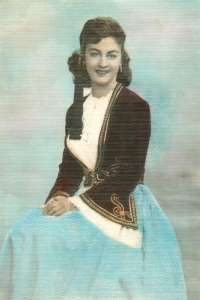 Funeral services will be held in St. Sophia Greek Orthodox Church, 440 Whitehall Rd, Albany Wednesday morning at 11:00 a.m.  Relatives and friends are invited, and may call at the church prior to the service from 10-11 a.m.  Interment will follow the service in Graceland Cemetery, Albany. Arrangements have been entrusted to the Hans Funeral Home, Albany.  The family suggests memorial contributions to Paralyzed Veterans of America, 801 Eighteenth Street NW, Washington, DC 20006; or to Northeastern Association of the Blind at Albany, 301 Washington Ave, Albany, NY 12206.  To leave a message of condolence for the family, please visit www.HansFuneralHome.com.

Offer Condolence for the family of Sophie N. Gouvakis

A Certified Celebrant is a person who is trained and certified to meet the needs of families during their time of loss.  A Celebrant serves by providing a funeral service that is ...  END_OF_DOCUMENT_TOKEN_TO_BE_REPLACED