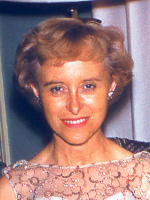 SLINGERLANDS – Ruth M. Russell, 93, of Slingerlands, died Thursday, March 11, 2010 at her home.  Mrs. Russell was the daughter of the late Henry A. and Estella M. Meyer.  Born in Selkirk, she attended elementary school in what is now the Bethlehem Historical Association.  She graduated from Coeymans High School and Albany Business College.  She pursued a career in tax accounting and auditing for many years while living in Santa Barbara, CA.  She and her late husband Roger were married in Bakersfield, CA, and lived the next several years in Germany.  While in Germany Ruth was a volunteer with the American Red Cross at the Army General Hospital in Landstuhl.  She and her husband returned to the US to live in Virginia, where Roger retired from the military.

Returning to the Albany area in 1963, Ruth became active in the Albany Medical Center Hospital Auxiliary for many years, and served on the auxiliary board for many years.  While there, she acted as Officer of the Day for the Red Cross Bloodmobile whenever they came to the hospital.  She became a charter member of the Bethlehem Historical Association.  She also joined the Bethlehem Seniors, the Sunshine Seniors and the Guilderland AARP.  She was a supporting member of the Saratoga Performing Arts Center, Five Rivers Environmental Center, the New York State Museum and other organizations concerned with the performing arts and the environment.

Relatives and friends are invited to calling hours today from 5-7 p.m. at the Hans Funeral Home, 1088 Western Ave., Albany.  Graveside services will be held in the Elmwood Cemetery, Route 9W, Glenmont at a later date.  In lieu of flowers, memorial contributions may be made to Community Hospice of Albany, 445 New Karner Rd., Albany, NY 12205.  To leave a message of condolence for the family, or obtain directions to the funeral home, please visit www.HansFuneralHome.com.

Offer Condolence for the family of Ruth M. Russell

A Certified Celebrant is a person who is trained and certified to meet the needs of families during their time of loss.  A Celebrant serves by providing a funeral service that is ...  END_OF_DOCUMENT_TOKEN_TO_BE_REPLACED