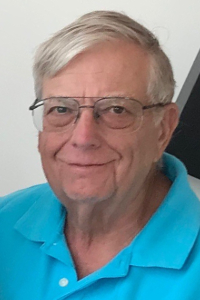 ALBANY, NY – Dr. Russell F. Mankes, 71 of Guilderland, passed away unexpectedly on September 5, 2020. Born in Niskayuna, he was the only son of the late Frank P. and Venona M. Mankes. He was raised in Rotterdam, graduating from Draper High School then obtaining a bachelor’s in Biology from SUNY Albany in 1971. Following college, he received a doctoral degree from Albany Medical College in Experimental Pathology and Toxicology in 1977. Following a year in Summit, NJ, where he worked for Ciba Geigy Pharmaceuticals, he returned to the Albany Medical College Institute of Experimental Pathology and Toxicology, first as a Doctoral Fellow then as a Research Assistant Professor. In 1985 he was appointed an Associate Professor in the Department of Pharmacology and Toxicology. Additional roles at Albany Medical Center included his appointment as Chairman of the Albany Medical Center Controlled Substances Governing Board and the Responsible Facility Official in the Department of Health & Safety. He retired in 2011.

Over the years, Russ authored numerous scientific publications and book chapters. While his early research focused on birth defects stemming from fetal alcohol syndrome and pesticide toxicity, later endeavors focused on infective agents and pharmaceutical pollution prevention. Despite significant health issues, he continued to collaborate with other researchers and publish papers well into retirement. He also loved to teach throughout the entirety of his life, whether it be to the medical or graduate students he met as a professor at Albany Medical College, several of whom he continued to mentor decades later; his daughter, fostering a career in medicine; his son, providing him with the practical skills needed to fix anything around the house; or his nieces and grandchildren, guiding them through everything from understanding their science homework to working a microscope or learning the art of catching a fish. 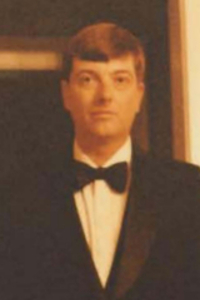 A devoted husband, father, and “poppy”, Russ is survived by his wife of 48 years, Karen, whom he met in college; his children Kristina (Nicholas) Roddy and Gregory (Erin) Mankes; and his loving grandchildren, Sean, Sonja, Kevin and Lukas. He is also survived by his sister-in-law Francine (John) Mantyh and his very special nieces, Emma and Kate. He will be missed by all.

At the time of his death, Russ was on the kidney transplant list for five years. He fought valiantly and wanted nothing more than to have more time with his family and to see his grandchildren grow. In his memory, his family asks that you consider registering to become an organ donor at donatelife.ny.gov.

In keeping with his wishes and his love of teaching, his body has been donated to the Anatomical Gift Program at Albany Medical Center. Due to the COVID pandemic, a private memorial service will be held. In lieu of other gestures, we ask that you consider a donation in Russ’ memory to Doctors Without Borders USA, P.O. Box 5030, Hagerstown, MD 21741-5030.  To leave a message of condolence for the family, please visit www.HansFuneralHome.com .

Offer Condolence for the family of Russell F. Mankes, PhD

A Certified Celebrant is a person who is trained and certified to meet the needs of families during their time of loss.  A Celebrant serves by providing a funeral service that is ...  END_OF_DOCUMENT_TOKEN_TO_BE_REPLACED