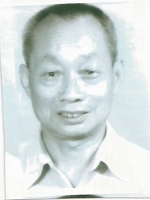 ALBANY – Ruoping Chu, 85, died on August 12th, 2009, at St. Peter’s Hospital. He was born on November 20th, 1923 in Nanzhao County, Henan Province, P.R. China. He worked as reporter, columnist, and then chief editor for financial matters, for the Xinhua News Agency, the Yangtze River Daily, and the Hubei Daily from 1948 to 1959, and was the main contributor for many important issues. Because of the political upheavals of that time, he then was forced to work over ten years in labor camps and internal exile in the countryside, notably in Zhongxiang and the Dakou Forestry Center, both Hubei Province.

After 1979, he became an Associate Professor in Chinese literature at Xianning College in Xianning, Hubei Province. He retired in 1987, and in 1991 immigrated to Albany to live with his daughter. He was soon joined by his wife. Both then moved with their daughter to Guilderland. He loved literature, and teaching Chinese literature. He published numerous articles on the topic and a book, “Theory of Poetry Writing.” In Albany, he took a lively interest in the activities of the Chinese Community Center, and also loved gardening.

He is predeceased by his wife, Guangzhen Huang, who died on June 26th, 2006 in Albany. Survivors include his five children, Huaiqi, Yayin, Jiangtao, Yadan, and Jiangbo and their spouses; his eight grandchildren, Aihong, Aiqin, Fang, Chong Wu, Yuan Chu, Yiyi Chu, Erich and Friedrich Reimer; and many other relatives in China.

Family and friends are invited to honor Ruoping’s life on Sunday, from 3 to 6pm, at the Hans Funeral Home, 1088 Western Avenue, Albany, NY 12203. Those who wish may make contributions in his memory to the Chinese Community Center, 11 Avis Drive, Latham, NY 12110. His ashes will be buried in the Albany Rural Cemetery, next to his wife’s.

Offer Condolence for the family of Ruoping Chu

A Certified Celebrant is a person who is trained and certified to meet the needs of families during their time of loss.  A Celebrant serves by providing a funeral service that is ...  END_OF_DOCUMENT_TOKEN_TO_BE_REPLACED