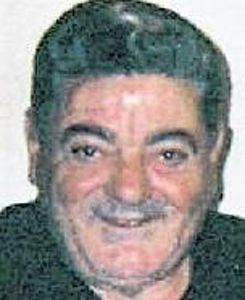 ALBANY – Rocco Figliomeni, a loving husband, father, and grandfather, passed away on Wednesday, November 27, 2019, at the age of 81. Born in Siderno, Reggio Calabria, Italy, he was the son of the late Domenico Figliomeni and Rosa Maria Albanese. He came to Albany in 1955, where he started his lifelong career in the restaurant industry starting with his first business, The Capri Restaurant in Altamont, then with his brothers at Luigi’s Restaurant in Albany, and later with his sons at Figliomeni’s Restaurant in Guilderland. He was known for his quick wit and funny stories. He enjoyed walking, gardening, cooking, making his annual barrel of red wine, and a fun game of cards “Briscola.” He loved spending time with his family and the many fun times together during the holidays and special occasions.

Relatives and friends are invited and may call at the Hans Funeral Home, 1088 Western Ave., Albany, on Sunday from 2-5 p.m. A Mass will be held on Monday at 9 a.m. in All Saints Church, 16 Homestead St. (behind CVS), Albany. Interment will be in Memory Gardens, Colonie. To leave a message of condolence for the family or obtain directions to the funeral home, please visit www.HansFuneralHome.com.

Offer Condolence for the family of Rocco Figliomeni

A Certified Celebrant is a person who is trained and certified to meet the needs of families during their time of loss.  A Celebrant serves by providing a funeral service that is ...  END_OF_DOCUMENT_TOKEN_TO_BE_REPLACED