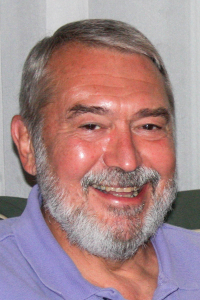 NEW SCOTLAND – Richard J. Witko, 72, formerly of the Town of New Scotland, passed away peacefully on May 3, 2019 at the Teresian House after living with dementia for several years.

Dick was born in Albany, the son of the late John Witko and Loretta Hoeltzel Witko. He lived in the area all his life, except during his time in the U.S Air Force. He grew up on Russell Road when it was more country than city and where his dad had a baseball field on their property for neighborhood kids, as Dick always loved baseball. He graduated from St. Margaret Mary’s grade school.

He was a proud 1965 graduate of Vincentian Institute where he played football, basketball and baseball. Dick received his degree in political science in 1969 at State University at Albany. College also provided many lessons on how to live life to its fullest, especially with his Potter Club fraternity brothers. After graduating, he served as a pilot in the U.S. Air Force as a Captain during the Vietnam War from 1969-1974 at Webb Air Base in Texas, Castle Air Force Base in California and Plattsburgh Air Base in New York. Dick returned to Albany, and lived on Brookline Ave. and State St. across from Washington Park until moving to the Town of New Scotland where he enjoyed the beauty of his Diamond Hill Road property for nearly thirty years. Dick knew growing up that he wanted to be a state worker and that is what he pursued. He was employed as a Medicare/Medicaid Specialist at the New York State Departments of Social Services and Health, retiring in 2003.

Most who knew Dick have stories about an interesting, fun and crazy time. Dick loved a good time and enjoyed the pleasures life has to offer with friends and family. Some of his favorite things were: being outside on a beautiful day especially in Thacher Park; partying with rock music blaring; hanging with the boys; politics and sports (Jets and Yankees fan); and champagne which he drank every Friday. As his signature drink, he’d bring the bubbly to celebrations, including all the Femia/Meehan holiday gatherings he enjoyed so much. He started a tradition that will continue. 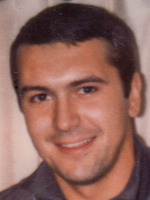 Dick’s mantra was to be positive, confident, and to have good self-esteem, which he frequently told his children. This life philosophy is now being passed on to his granddaughters. His spirit and love of life will carry on.

Dick is survived by his daughter Amy Savoie and her husband Dave; his son Christopher Witko and his wife Rebecca; his granddaughters Alexis and Caitlin Savoie, and Sarah and Rachel Witko; his sister Joan Irish and her children Kelly and Raymond; his former wives Gail Femia Meehan (husband Bill), and Sally Mills; his children’s half-sister Jill Meehan Burke; and by many brothers and sisters in law and nieces and nephews through his previous marriages.

Funeral services will be held in the Hans Funeral Home, 1088 Western Ave., Albany, Wednesday May 8 evening at 7:00 p.m. Relatives and friends are invited, and may call at the funeral home Wednesday prior to the service from 4-7 p.m. Interment will be at the Gerald B. H. Solomon Saratoga National Cemetery in Schuylerville at 10:30 a.m. on Thursday, May 9.

The family suggests memorial contributions to the Feed and Read (FAR) Program, Albany Fund for Education, PO Box 3110, Albany, NY 12203 or https://www.thealbanyfundforeducation.org/admissions . Dick supported this weekend backpack food and literacy program from the time it was only a concept to combat childhood hunger and would be happy to support the over 600 children it helps. To leave a message of condolence for the family or obtain directions to the funeral home, please visit www.HansFuneralHome.com .

Offer Condolence for the family of Richard J. Witko

A Certified Celebrant is a person who is trained and certified to meet the needs of families during their time of loss.  A Celebrant serves by providing a funeral service that is ...  END_OF_DOCUMENT_TOKEN_TO_BE_REPLACED