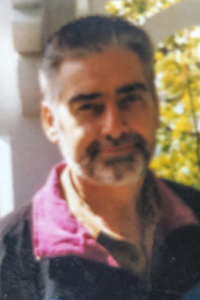 ALBANY – Patrick R. Sweeney, 79, of Albany, passed away on Wednesday, October 19, 2022 at St. Peter’s Hospital.  Patrick was born and raised in Elizabeth, NJ, the son of the late John and Anna Rokta Sweeney.  While living in New Jersey close to the sea, he was fond of building wooden sailboats.  He came to Albany in 1970 to begin work on a Masters Degree at SUNY Albany.  He then began working for the New York State Dept. of State, and later the New York State Dept. of Energy.  He loved reading and history, and had great skills at carpentry, wiring and plumbing, such that he built his own house in Chestertown.

Funeral services will be held privately at the convenience of the family.  There will be no calling hours.  Arrangements have been entrusted to the Hans Funeral Home, Albany.  To leave a message of condolence for the family, please visit www.HansFuneralHome.com.

Offer Condolence for the family of Patrick R. Sweeney

A Certified Celebrant is a person who is trained and certified to meet the needs of families during their time of loss.  A Celebrant serves by providing a funeral service that is ...  END_OF_DOCUMENT_TOKEN_TO_BE_REPLACED