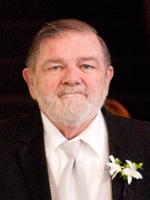 ALBANY – Michael F. Daly, 69, of Albany, passed away on Friday, May 20, 2016.  Mike was born in Afton, son of David and Avelda Daly, raised in Afton and St. Pete Beach, FL, but lived most of his life in the Capital District.  He was a graduate and active alumnus of the The Manlius School and Yale University.  Always inquisitive and with a towering intellect, he earned a JD from Albany Law School followed by his LLM from New York University.  He practiced law for many years, focusing on tax and estate law, consulted for the New York State Senate, was a lecturer at SUNY Albany, and in recent years was involved in estate planning. Mike had a deep devotion to his family and found his greatest joy in the later stages of life through the eyes of his three grandsons, Everett, Wyatt, and Logan. A life long horse racing fan, Mike never missed a summer season at Saratoga. He loved attending the Fourstardave Stakes every year and took special pride in being one of the few people who personally saw Secretariat, Affirmed and American Pharoah all lose at Saratoga.

Mike is survived by his sons Dave Daly of Portland, OR, Chris Daly (Jennifer) of Cold Spring, and Tim Daly (Amy) of Washington, DC; his former wife Ann C. Oberting Daly; his brothers Joe Daly (Sue) of Berkeley, CA, and David Daly of Oneonta; his sisters in law Kathy Coffin of La Mesa, CA, and Maria Daly of Puerto Rico; his grandchildren Everett, Wyatt, and Logan Daly; and by several nieces and nephews.  He was predeceased by his brothers George Coffin, and Thomas Daly.

A Celebration of Life Service will be held in the Hans Funeral Home, 1088 Western Ave., Albany, Thursday evening at 7:00pm.  Relatives and friends are invited, and may call at the funeral home Thursday from 4-7 pm.  Interment will be in Afton at a later date this summer.  In lieu of flowers, memorial donations should be made in Michael’s name to Manlius Pebble Hill School, where he was class of ’63, C Company, and graduated with the school’s highest honor, The Order of the Phoenix.  Giving can be made online www.mph.net/giving or sent to Manlius Pebble Hill School – Development, 5300 Jamesville Road, Syracuse, NY 13224. To leave a message of condolence for the family or obtain directions to the funeral home, please visit www.HansFuneralHome.com .

Offer Condolence for the family of Michael F. Daly

A Certified Celebrant is a person who is trained and certified to meet the needs of families during their time of loss.  A Celebrant serves by providing a funeral service that is ...  END_OF_DOCUMENT_TOKEN_TO_BE_REPLACED