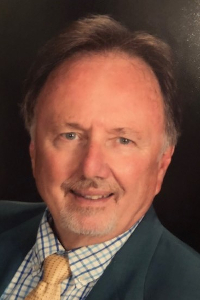 SCHROON LAKE – Mark J. Leonard, 69, of Schroon Lake, passed away on Sunday, August 1, 2021 at his home with his family by his side.  Mark was born in Albany, the son of the late James J. and Emma Michela Leonard.  He attended the Cathedral Academy and was a graduate of Christian Brothers Academy, class of 1969.  He then earned an Associate’s Degree from Hudson Valley Community College and a Bachelor’s Degree from Siena College, class of 1973. He completed a Bachelor of Arts in Religious Studies from the Catholic University of Louvain in Belgium in 1980, and a Bachelor and Masters of Arts in Religious Studies in the Diaconate Formation Program of the Diocese of Albany from 1995-2000.

Mark served as a teacher at The Academy of the Holy Names in Albany from 1974-1975, and at St. Peter’s High School in Saratoga Springs from 1975-1976.  He served as a Lector, Eucharistic Minister, and Faith Formation Teacher from 1973-2000, and was ordained as a Deacon on October 7, 2000.  He then served as a Deacon and Parish Life Director, and as Director of the Diaconate from 2013-2019 before being assigned as Parish Life Director at Immaculate Heart of Mary Parish in Watervliet.

Mark was employed by the New York State Department of Correctional Services from 1981-2010.  During that time, he worked as an officer, counselor, and Director of Ministerial, Volunteer and Family Services. Mark was responsible for all religious, family and volunteer programs for over 72,000 inmates, 200 chaplains of various faiths, and over 6,000 volunteers.

Mark enjoyed life to the fullest.  He loved to travel throughout Europe and the U.S. and recently enjoyed a trip he planned to New Orleans with his family.  He loved the outdoors and hiked many of the high peaks in the Adirondacks.  He loved spending time with his family, his children, grandchildren and watching sunsets on Anna Maria Island. His passions included catholic ministry, studying religion in Belgium, and serving as director at Pyramid Lake (Marian Lodge). Mark had a positive impact on many individuals.

Mark married Eileen Williams in 1981, and she predeceased him in 2001.  In 2009 he married Kimberlee Fagley, who survives him along with his children Victoria Fenichel, Ashley Tessier, Claire Miller (Nicholas), Marissa Leonard, and Matthew Wyland (Anna); his grandchildren Logan and Zoe Fenichel; his siblings Mary S. Leonard, and Ann Louer (David); and by many nieces, nephews, and cousins.  He was also predeceased by his sister Michele Leonard.

A Mass of Christian Burial will be celebrated Friday morning, August 6th at 10:00 a.m. in St. Madeleine Sophie Church, 3500 Carman Road, Schenectady, NY 12303.  Relatives and friends are invited, and may call at the church on Thursday August 5th from 4:00 p.m-7:00 p.m.  Interment will be in St. Agnes Cemetery, Menands.  Arrangements have been entrusted to the Hans Funeral Home, Albany.  In lieu of flowers, memorial contributions may be made to Immaculate Heart of Mary Church, 2416 Seventh Ave, Watervliet, NY 12189; St. Madeleine Sophie Church at the above address; or Pyramid Life Center, Box 103, Paradox, NY 12858.  To leave a message of condolence for the family, please visit www.HansFuneralHome.com.

Offer Condolence for the family of Mark J. Leonard

A Certified Celebrant is a person who is trained and certified to meet the needs of families during their time of loss.  A Celebrant serves by providing a funeral service that is ...  END_OF_DOCUMENT_TOKEN_TO_BE_REPLACED