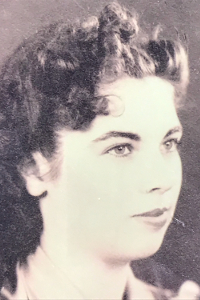 ALBANY –  Marion D. Luther Pezzulo, 96, of Albany, passed away on Saturday, December 22, 2018 at St. Peter’s Nursing & Rehab.  Marion was born in Albany, the daughter of the late Ernest and Marion Nead Luther.  She lived in Albany nearly all her life, and graduated from the Cathedral Academy.  She lived in Arlington, VA, during World War II, and upon returning to Albany after the war, became a school teacher at St. Anthony’s Grade School in Albany.  She also worked as a substitute teacher in the Albany Public Schools, and then was employed by the New York State Office of General Services until retiring.  She was a member and past president of the Women’s Auxiliary of the Italian American Community Center, and served as a Eucharistic Minister in her church.

Funeral services will be held in the Hans Funeral Home, 1088 Western Ave., Albany, Thursday morning at 9:00 a.m., and from there to the Cathedral of the Immaculate Conception, Madison Ave. & Eagle St., Albany at 10:00 a.m.  Relatives and friends are invited, and may call at the funeral home Wednesday from 4-7 p.m.  Interment will be in St. Agnes Cemetery, Menands.  To leave a message of condolence for the family or obtain directions to the funeral home, please visit www.HansFuneralHome.com .

Offer Condolence for the family of Marion D. Pezzulo

A Certified Celebrant is a person who is trained and certified to meet the needs of families during their time of loss.  A Celebrant serves by providing a funeral service that is ...  END_OF_DOCUMENT_TOKEN_TO_BE_REPLACED