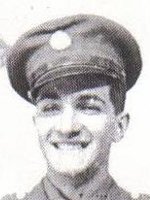 ALBANY – Joseph M. Cotazino, Sr., 86, was welcomed into Heaven by his Mother on her birthday, August 16, 2012.  Born in Albany on July 9, 1926 to the late Bartolo and Josephine (Lostritto) Cotazino.  Joe was a Soldier and a World War II Veteran.  He was inducted into the 10th Armored Division, 3rd Army, of the U.S. Army on October 9, 1944.  In February 1945, he was deployed on the U.S. Troop Carrier, the Aquitania to Liverpool, England.  He took his first and only plane ride from England to the Europe mainland.  He then went by convoy to Trieste, Italy, where he joined one of General George Patton’s Tank Crews, fighting from Trieste to Germany to join the Battle of the Bulge.  He fought in the Battle of the Bulge from February 1945 until the war in Europe ended in May 1945.

In September 1945 Joe returned to the U.S. and on July 31st, 1946, he was honorably discharged from the U.S. Army.  He was decorated with the Army of Occupation Medal, the European African Middle Eastern Campaign Medal, the Good Conduct Medal, and the World War II Victory Medal, in addition to other medals of distinction.

Shortly after returning to Albany in 1946, Joe began courting Margaret Zullo, who he had known since childhood from their neighborhood in the South End.  They were married on April 11, 1948 and were blessed with 5 children, 6 grandchildren, and 8 great-grandchildren during their 64 years of marriage.  Joe’s professional career was as a Machinist First Class, first for Simmons Machine & Tool, then for Bruno Machinery until his retirement in 1992. 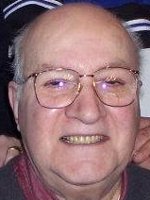 The Family would like to thank the Doctors and Staff in the Neuroscience ICU (D-3) and Neurological Observation Stroke Unit (D-5) of Albany Medical Center Hospital for their kindness.

Funeral services will be held in the Hans Funeral Home, 1088 Western Ave., Albany, Monday morning at 8:15, and from there to All Saints Catholic Church, Homestead St., Albany at 9:00.  Relatives and friends are invited, and may call at the funeral home Sunday from 3-7pm.  Interment will be in Our Lady of Angels Cemetery, Colonie.  To leave a message of condolence for the family, send a sympathy card, or obtain directions to the funeral home, please visit www.HansFuneralHome.com.

Offer Condolence for the family of Joseph M. Cotazino, Sr.

A Certified Celebrant is a person who is trained and certified to meet the needs of families during their time of loss.  A Celebrant serves by providing a funeral service that is ...  END_OF_DOCUMENT_TOKEN_TO_BE_REPLACED