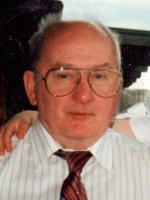 ALBANY – Joseph E. Pickett, 93, of Albany, passed away on Friday, October 30, 2015 at the Eddy Heritage House.  Joe was born in Rensselaer, the eldest of six children of the late Joseph and Anna Stormier Pickett.  He moved to the Albany’s South End, living on Catharine St since 1955. He attended Philip Schuyler High School, where he ran track, boxed and played football until joining the United States Marine Corps at the age of 17 in 1940.  During World War II, he served as a Sergeant with the infantry of the iconic 1st Marine Division, which is commonly referred to as the “Old Breed” in the South Pacific, including at the battles of Guadalcanal, Cape Gloucester, New Britain and Peleliu, with other support activities in Australia, New Zealand and the Palau Islands. After the war, he began a career with the Albany Police Dept., where he was a trusted and familiar presence in South End, known for his compassion for women and children, and became one of the City’s longest serving officers, retiring with 43 years of service.  Joe proudly earned his GED at age 50.  Always keeping fit, he took up jogging in the 1970s and could be seen around the city jogging in all types of weather. He enjoyed reading, especially history, was known for having a great sense of humor, and also enjoyed the peace and solitude of fishing on Saratoga Lake.  Joe was happy living a simple life, dedicated to sacrifice for his family and his country.

Joe was predeceased by his beloved wife Elizabeth A. Fischer Pickett.  He is survived by his sons Keith J. Pickett (Merla Mason) of Troy, and Joseph C. Pickett of Albany; his sisters in law Sister Gilmary Fischer, CSJ, of Latham, and Madeline Szell of Rocky River, OH; his granddaughters Maura E. Pickett and Melissa and Leslie Richburg; and by several nieces and nephews.  He was predeceased by his siblings Shirley, Harold, and George Pickett, Rita Walsh, and Evan Pickett.

Funeral services will be held in the Hans Funeral Home, 1088 Western Ave., Albany, and Tuesday morning at 11:00.  Relatives and friends are invited, and may call at the funeral home Tuesday morning from 9-11 am.  Entombment will follow in St. Agnes Cemetery, Menands.  The family suggests memorial contributions to the Mohawk Hudson Humane Society, 3 Oakland Ave, Menands, NY 12204.  To leave a message of condolence for the family, or obtain directions to the funeral home, please visit www.HansFuneralHome.com.

Offer Condolence for the family of Joseph E. Pickett

A Certified Celebrant is a person who is trained and certified to meet the needs of families during their time of loss.  A Celebrant serves by providing a funeral service that is ...  END_OF_DOCUMENT_TOKEN_TO_BE_REPLACED