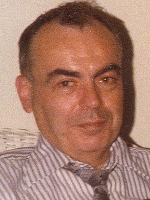 ALBANY – Joseph D. Garrett, 87, of Albany, died Saturday, November 7, 2009 in St. Peter’s Hospital.  Mr. Garrett was born Nov. 22, 1921 in Troy, the son of the late Thomas and Helen Foster Garrett.  He was a graduate of Catholic Central High School, Siena College, and the Syracuse University School of Social Work.  During World War II he served in the U.S. Army Air Corps in England.  For many years he was the Director of the Rensselaer County Probation Department.  After retiring he served as a marriage counselor for the Roman Catholic Diocese of Albany.

Mr. Garrett is survived by his loving wife Kathryn Kelly Garrett, and his devoted daughter Nell Garrett; and by several nieces and nephews.  He was predeceased by his sister Elizabeth Schermerhorn, and his brothers Thomas Jr., Lionel, Foster, and Harry.

Funeral services will be held in the Hans Funeral Home, 1088 Western Ave., Albany, Tuesday morning at 8:45, and from there to All Saints Catholic Church (formerly St. Margaret Mary’s Church), Homestead St., Albany at 9:30.  Relatives and friends are invited, and may call at the funeral home Monday from 4-7 p.m.  Interment will be in St. Mary’s Cemetery, Troy.  Those who wish may make memorial contributions to the Alzheimer’s Association of NENY, Pine West Plaza, Bldg 4 Suite 405, Washington Ave Ext, Albany, NY 12205; or to All Saints Catholic Church, 1168 Western Ave., Albany, NY 12203.

To leave a message of condolence for the family, view or print a prayer card, or obtain directions to the funeral home, please visit www.HansFuneralHome.com.

Offer Condolence for the family of Joseph D. Garrett

A Certified Celebrant is a person who is trained and certified to meet the needs of families during their time of loss.  A Celebrant serves by providing a funeral service that is ...  END_OF_DOCUMENT_TOKEN_TO_BE_REPLACED