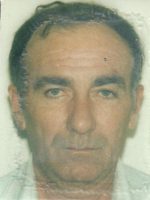 John was predeceased by his parents Anthony & Marie Mancini.  He is survived by his sister Rita Gatta and a niece Mariella.  John was close friends with the Lucarelli family.

Funeral services were held in Italy.  To leave a message of condolence for the family please visit www.HansFuneralHome.com.

Offer Condolence for the family of John Mancini

A Certified Celebrant is a person who is trained and certified to meet the needs of families during their time of loss.  A Celebrant serves by providing a funeral service that is ...  END_OF_DOCUMENT_TOKEN_TO_BE_REPLACED