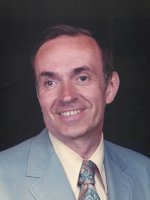 ALBANY – John J. (Jack) Delaney, 86, of Glenmont, formerly of Clifton Park, passed away peacefully in the company of his family Monday August 27, 2012, at Albany Medical Center.  Jack was born in Troy, the son of the late Joseph P. and Florence Murphy Delaney.  He graduated from LaSalle Institute and attended Rensselaer Polytechnic Institute where he received a BS in Management Engineering. He was employed by Albany International Corp., and during that time he lived in Cowansville, Quebec and Gosford, New South Wales, Australia before returning to live in Clifton Park.  He was also a member of Rotary International and the Lions Club.

An avid sportsman in his younger years, he later enjoyed following his children’s and grandchildren’s exploits in their sports endeavors. Jack will be remembered for his love and support of family and his resilience and dignity in the face of adversity.

Funeral services will be held in the Hans Funeral Home, 1088 Western Ave., Albany, Saturday morning at 8:30, and from there to Our Lady of Victory Church, 55 North Lake Ave., Troy, at 9:30.  Relatives and friends are invited, and may call at the funeral home Friday from 4-7 p.m.  Entombment will be in St. Mary’s Cemetery, Troy.  In lieu of flowers, memorial contributions may be made to the American Heart Association https://donate.americanheart.org.  To leave a message of condolence for the family, send a sympathy card, or obtain directions to the funeral home, please visit www.HansFuneralHome.com.

Offer Condolence for the family of John J. Delaney

A Certified Celebrant is a person who is trained and certified to meet the needs of families during their time of loss.  A Celebrant serves by providing a funeral service that is ...  END_OF_DOCUMENT_TOKEN_TO_BE_REPLACED