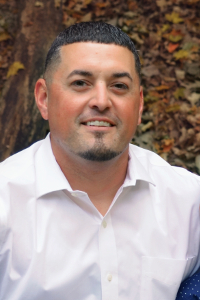 ALBANY – John D. Burke, 41, of Albany, passed away on Friday, August 5, 2022, at St. Peter’s Hospice.  John was born on Long Island, and raised in Ridge, NY.  He was a graduate of Longwood High School, and attended Suffolk County Community College and SUNY Cortland.  John was a master at his trade, specializing in masonry and in heavy equipment operation.  He worked in many different companies including MVP in Albany’s Local 2 bricklayer’s union, General Electric, and most recently was the proprietor of Burke Masonry, LLC working alongside StoneTech of Albany.  His hobbies include traveling and spending time with his family.  He had a passion for fishing which he enjoyed doing with his son, brother and close friends.

John is survived by his wife Noelle M. Bevilacqua Burke; his children Gianna and Jamison; his mother Barbara Burke of Albany; his brother Jason Burke (Amanda) of Slingerlands; and by several aunts, uncles, and cousins.  He was predeceased by his father John D. Burke earlier this year.

A celebration of John’s life will be held at 5:30 p.m., Saturday, October 22, 2022, at Frog Alley Brewing, 108 State Street, Schenectady, NY 12305.  Relatives and friends are invited.  Arrangements have been entrusted to the Hans Funeral Home, Albany.  In lieu of flowers, donations in John’s memory may be made to The Community Hospice, c/o The Community Hospice Foundation, 310 S. Manning Blvd, Albany, NY 12208.  To leave a message of condolence for the family, please visit www.HansFuneralHome.com .

Offer Condolence for the family of John D. Burke

A Certified Celebrant is a person who is trained and certified to meet the needs of families during their time of loss.  A Celebrant serves by providing a funeral service that is ...  END_OF_DOCUMENT_TOKEN_TO_BE_REPLACED