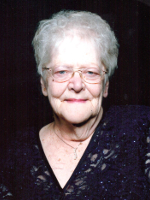 COLONIE – Joan Marie O’Toole Tanski, 87, of Colonie, passed away on Sunday, November 5, 2017. Joan was born in Albany, the daughter of the late Francis O’Toole and Violet Cotton O’Toole. She lived in Albany and Colonie all her life. She worked for many years as a beautician and owned the former Joan’s Beautyrama beauty parlor in Colonie. She was a member of the Red Hat Society and was a longtime member of the former St. Francis DeSales Church Arts & Crafts Club, serving as club president. In addition, she was a member of the St. Francis DeSales Church Senior Citizens. She also was a volunteer for many years. Among other activities, she knitted for Little Angel Gowns of the Capital Region, which helps parents who have suffered the loss of a baby by providing burial gowns.

Joan is survived by her husband of nearly 69 years, John A. Tanski Sr.; her children, John A. Tanski Jr. (Barbara) of Dalton, MA, Barbara A. Tanski Kennedy (Dan) of Medford, MA, Stephen M. Tanski (Darlene) of Colonie, and Mary E. Tanski Ekland (Eric) of Colonie; her sisters, Agnes Barile of Schenectady, and Shirley O’Toole and Frances Giardino of Colonie; her grandchildren, Stephanie Tanski, Timothy and Rebecca Kennedy, Michael and Ashley Tanski, Jonathan and Joshua Zysinski, and Benjamin, Emily and Elizabeth Ekland; and by many nieces and nephews. She was also the sister of the late Eleanor Bialobzeski, Margaret Barile, Mary O’Toole, Lorraine O’Toole and Kenneth O’Toole.

The center of a large and loving family, Joan spent her final days at home, where she received visitors with her usual warmth and graciousness. She was a devoted Red Sox fan, and spent many contented evenings watching baseball games on her iPad. Joan’s family would like to thank the nurses and hospice workers who provided her with expert and compassionate care during her final illness.

Funeral services will be held in the Hans Funeral Home, 1088 Western Ave., Albany, Thursday, at 9 a.m., and from there to St. Pius X Church, Crumite Road, Loudonville, at 10 a.m. Relatives and friends are invited, and may call at the funeral home Wednesday from 4-7 p.m. Interment will be in St. Agnes Cemetery, Menands. To leave a message of condolence for the family or obtain directions to the funeral home, please visit www.HansFuneralHome.com.

Offer Condolence for the family of Joan M. Tanski

A Certified Celebrant is a person who is trained and certified to meet the needs of families during their time of loss.  A Celebrant serves by providing a funeral service that is ...  END_OF_DOCUMENT_TOKEN_TO_BE_REPLACED