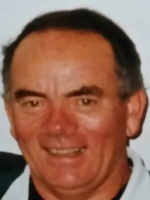 ALBANY – Jerome G. “Jerry” Bonnabeaux, 78, of Albany, passed away peacefully on Friday, February 12, 2016.  Jerry was born in Brooklyn to Eugene and Dorothy (Newman) Bonnabeaux on February 9, 1938. He was a graduate of John Adams High School in Queens, and attended St. John’s University in Queens on a full baseball scholarship.  After graduating college, he was signed by the San Francisco Giants and played two years in the minor leagues, before being sidelined by injuries. He fondly remembered participating in spring training and playing alongside Willie Mays and other Giants’ greats. After baseball, Jerry served in the National Guard for three years and worked at Creedmoor State Hospital. The family moved to Clifton Park in 1969 and to Albany in 1984. While upstate, Jerry worked at the New York State Office of Mental Hygiene, where he held a number of positions leading efforts to provide a more humane and productive lifestyle for people with special needs. During his 36-year career with the State, Jerry worked tirelessly to improve the lives of others, and made many lifelong friends in the process. Jerry loved boating on the Peconic Bay on Long Island, Lake George, and Charlotte Harbor, while he and his wife were winter residents of Punta Gorda, Florida.  Jerry enjoyed bowling, tennis, dining out, and shopping for real estate.  Most of all, Jerry cherished time with his family, including his three brothers who all remained close throughout the years. Friends and family alike appreciated Jerry’s quick wit and sense of humor.

Jerry is survived by his high school sweetheart and beloved wife of 55 years, Carol Ann Bilek Bonnabeau; his daughter Christine Bonnabeaux (Danny Charleston) of Albany; his son Jerry Bonnabeau (Heidi) of Reading, MA; his brothers Herbert Bonnabeaux (Mary) of Wilson, NC, and Dr. Richard Bonnabeau (Gunes) of Saratoga Springs; his sisters in law Patricia Bonnabeau of Montauk, and Linda Bilek of Lindenhurst, NY; his grandchildren Dylan, Brendan, and Daniel Murphy, Nicholas, Erik, and Mark Bonnabeau; also survived by Dylan and Christopher Charleston, and by many nieces, nephews, and great nieces and nephews.  He was predeceased by his brother Eugene Bonnabeau; his sisters in law Josephine Bonnabeau and Monica Bonnabeau; and his brother in law Robert Bilek.

Funeral services will be held in the Hans Funeral Home, 1088 Western Ave., Albany, Monday morning at 8:30am, and from there to the Parish of Mater Christi, Hurst Ave., Albany at 9:30am.  Relatives and friends are invited, and may call at the funeral home Sunday from 3-7 p.m.  Interment will be in Maplewood Cemetery, Saratoga Springs at a later date. The family suggests memorial contributions in support of Parkinson’s research to: Donation Processing, The Michael J. Fox Foundation, P.O. Box 5014, Hagerstown, MD 21741-5014.  To leave a message of condolence for the family or obtain directions to the funeral home, please visit www.HansFuneralHome.com.

Offer Condolence for the family of Jerome G. “Jerry” Bonnabeaux

A Certified Celebrant is a person who is trained and certified to meet the needs of families during their time of loss.  A Celebrant serves by providing a funeral service that is ...  END_OF_DOCUMENT_TOKEN_TO_BE_REPLACED