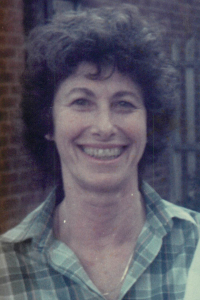 ALBANY – Janet G. Bartlett of Albany died peacefully on Thursday, June 9, 2022 at age 97.  Born Gabriele Rothschild in Frankfurt am Main, Germany, she was the daughter of Ernst Rothschild and Erna Morgenthau Rothschild.  She and her mother left Germany in 1934 to escape the impending war.  Her name was changed to Janet Richard.  She studied playwriting and directing at Columbia University and later worked in public relations at CBS.  It was at CBS where she met and married her husband Gerald B. Bartlett in 1948.  They moved to Albany in 1949.  She had a wonderful career as Parish Secretary at St. Andrew’s Episcopal Church from 1971-1993.

Janet was an intellectual, a liberal, an especially gifted writer, a kind and generous friend, a lover of animals, a truly gentle soul, and a devoted mother.  We will miss her so.

Janet was the loving mother of Elizabeth Marschke (Roger) and Kevin Bartlett (Susan Barnett); the grandmother of Christopher Bartlett; and sister of Monique Rothschild.

Calling hours will be held in the Hans Funeral Home, 1088 Western Ave, Albany on Tuesday from 4-7 p.m.  Relatives and friends are invited.  A celebration of Janet’s life will be held in the funeral home following the calling hours at 7 p.m. Tuesday.  To leave a message of condolence for the family or obtain directions to the funeral home, please visit www.HansFuneralHome.com.

This is a video tribute to Janet:

Offer Condolence for the family of Janet G. Bartlett

A Certified Celebrant is a person who is trained and certified to meet the needs of families during their time of loss.  A Celebrant serves by providing a funeral service that is ...  END_OF_DOCUMENT_TOKEN_TO_BE_REPLACED