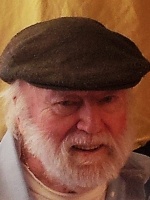 ALBANY – James W. “Jim” Murray, 79 passed away at the Albany Stratton VA Medical Center on Monday May 12, 2014 after a brief illness.  Born in Troy, he was the son of the late Edward and Margaret Murray.  He was a graduate of La Salle Institute. Jim was a proud veteran of the U. S. Army during the Korean War where he was stationed in Germany. After completing his military service he attended Siena College and went to work for the New York State Department of Tax & Finance.  Jim then started his long career at IBM Corporation where he worked until his retirement.  In his retirement he enjoyed travel, reading, following New York sports teams, spending time with his family, participating in the VA Adult Day Health program and celebrating his Irish heritage which included trips to Ireland and the University of Notre Dame.  Known to his grandchildren as “Poppy”, his greatest pride and joy came from celebrating their success and bragging about them to anyone who would listen. Jim is survived by his three sons Rick (Deb), Dan and Jimmy (Madison), his grandchildren Joshua, Jessica and Kiersten, his daughter-in-law Edie, as well as many cousins, nieces and nephews and his dear friends Larry and Sandy Dingee.   Besides his parents, he is predeceased by his grandson Eric, his brother Edward and sisters Eileen, Marguerite and Mary. Jim’s sons would like to express their gratitude to the amazing doctors, nurses and caregivers at the Albany Stratton VA Medical Center, Troy Adult Home, Evergreen Commons and Manor at Guilderland Center nursing homes who provided their father with such wonderful care.   A very special thank you to Jim’s niece Tracy Murray who spent countless hours visiting, listening to his stories and helping him perfect his “Bond, James Bond” impersonation. The man in the Irish cap is gone however he will never be forgotten. Funeral services with Military Honors will be private.  In lieu of flowers, memorial contributions may be made to Albany Stratton VA Medical Center, 113 Holland Ave., Albany, NY 12208.   To leave a message of condolence for the family, please visit www.HansFuneralHome.com.

Offer Condolence for the family of James W. Murray

A Certified Celebrant is a person who is trained and certified to meet the needs of families during their time of loss.  A Celebrant serves by providing a funeral service that is ...  END_OF_DOCUMENT_TOKEN_TO_BE_REPLACED