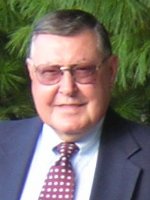 ALBANY – James O. Barber passed away on Friday, March 9, 2012 after a brief illness.  Mr. Barber was born in Endwell, Town of Union, NY, the son of the late Charles and Helen Lena Amodeo Barber.  He lived in Albany since early childhood, and served in the U.S. Navy Seabees.  He also was employed for many years by the NYS Department of Labor until his retirement.  In retirement he served as President, member of the Board of Directors, and Communications Chairperson for the National Association of Amusement Ride Safety Officials (NAARSO); and he worked as an independent safety and health consultant to the amusement ride industry.  He also was a member of the Dead End Cruisers car club, a founding member of the Upstate New York Chapter of the Buick Club of America, and he loved traveling to NAARSO events around the country and spending time with his beloved canine companion Samson (Sammy Boy).

A memorial service will be held at on a date to be announced.  In lieu of flowers, memorial contributions may be made to the Make-A-Wish Foundation of Northeast New York, One Mustang Drive, Cohoes, NY  12047.  To leave a message of condolence for the family or send a sympathy card, please visit www.HansFuneralHome.com.

Offer Condolence for the family of James O. Barber

A Certified Celebrant is a person who is trained and certified to meet the needs of families during their time of loss.  A Celebrant serves by providing a funeral service that is ...  END_OF_DOCUMENT_TOKEN_TO_BE_REPLACED