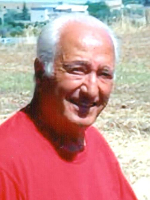 GUILDERLAND – James Fiore Oppedisano, 84, passed away on Tuesday, November 7, 2017, peacefully at his home surrounded by his loving family.  Mr. Oppedisano was born in Reggio Calabria, Italy.  After World War II, he immigrated to the U.S. at the age of thirteen with his mother and two brothers.  He was an Operating Engineer Local 106 and a welder.  In his youth, he played guitar in a band and performed on local radio.  His children fondly remember him playing his guitar on Saturdays and holidays.  He was an avid hunter and a member of the Western Turnpike Rod & Gun Club.  He is most remembered for being ready to lend a helping hand.  For many of his grandchildren, he was like a second father.  His family was his greatest joy.  Some of his favorite past times were spent gardening and wine making.  He also took great pride in keeping his Italian traditions alive – growing grapes, vegetables, making soppressata and sausages with his friends.

A Mass of Chrisitan Burial will be celebrated at 11:30 a.m. Saturday morning in St. Madeleine Sophie Church, 3500 Carman Road in Guilderland.  Relatives and friends are invited, and may call at the church Saturday morning prior to the mass beginning at 10:00 a.m.  Entombment will be in Memory Gardens, Colonie.  The family suggests memorial contributions to The American Lung Association, 418 Broadway, Albany, NY 12207.  Arrangements have been entrusted to the Hans Funeral Home, Albany.  To leave a message of condolence for the family, please visit www.HansFuneralHome.com.

Offer Condolence for the family of James F. Oppedisano

A Certified Celebrant is a person who is trained and certified to meet the needs of families during their time of loss.  A Celebrant serves by providing a funeral service that is ...  END_OF_DOCUMENT_TOKEN_TO_BE_REPLACED