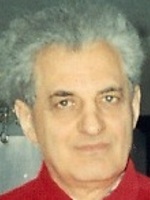 ALBANY – Igor Leytman, 82, of Delmar, passed away on Saturday April 14, 2012 at Albany Medical Center Hospital after a brief illness.  Born December 27, 1929 in Leningrad, Russia to the late Vera and Innocenty Leytman, Igor was evacuated from Leningrad during the blockade of WWII in 1941.  After the war he returned to Leningrad to work briefly as a ship mechanic, then studied at the Leningrad Polytechnical Institute earning his PHD in Mechanical Engineering in 1971.  Igor went on to work with turbines, and he travelled extensively to help build electrical plants.  He and his family emigrated from Russia to the US in 1978, initially settling into Jersey City, New Jersey.  Igor relocated the family to Newburgh to work for Spence Engineering of Walden as a mechanical engineer until his retirement in 1995.

Igor is survived by his wife of 56 years, Dr. Anna Finebloot Leytman and daughter, Ludmila L. Gaffey.  Igor’s family grew in the US. Ludmila married John Gaffey of Albany, and produced two grandchildren, Clare and Rachel.  Igor cherished his granddaughters Clare and Rachel; he demonstrated great joy in their presence. He devoted time, patience and love to their development; they are both thriving accordingly.

Igor is also survived by his sister, Marina Kurzina and neice Elena Leytman and Elena’s sons, Misha and Daniel, all of Stockholm, Sweden.  All traveled from Sweden to Albany in 2009 to be with Igor for his 80th birthday celebration.

A person of great kindness, integrity, patience and vast intellectual interests, Igor attracted respect and goodwill from everyone who knew him.  Igor left behind an unpublished book of his theories on political and social evolution titled The Objective Laws Governing Social Transformations.  He was able to produce a web site that discusses some of these views.  His mind was sharp to the end.  We mourn his absence, but appreciate the presence he continues to have in our lives.  A private service will be held at Hans Funeral Home.  To leave a message of condolence for the family or send a sympathy card please visit www.HansFuneralHome.com.

Offer Condolence for the family of Igor Leytman

A Certified Celebrant is a person who is trained and certified to meet the needs of families during their time of loss.  A Celebrant serves by providing a funeral service that is ...  END_OF_DOCUMENT_TOKEN_TO_BE_REPLACED