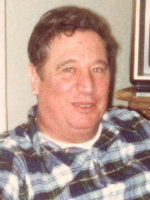 ALBANY – George F. McKittrick, 89, and his wife Estelle M. Baker McKittrick, 87, passed away suddenly within an hour of each other after being stricken at their home on Wednesday, April 5, 2017.

George was born in Glens Falls and lived in Comstock for a time until moving to Albany.  He was a graduate of Albany High School and Siena College, and served for two years in the U.S. Army during the Korean War.  He was employed as an engineer by the General Electric Co. – MAO in Schenectady for many years.  George was also a member of the Ancient Order of Hibernians and the Knights of Columbus.  He also was an active member of the former St. Teresa of Avila Church, where he co-chaired the annual church bazaar for many years.  George was also an accomplished woodworker. 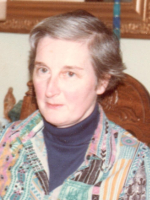 Estelle was born in Worcester, MA, but came to Albany at an early age.  She was a graduate of Vincentian Institute and the College of Saint Rose.  She was active in a number of charities and in the Catholic Church.  She also volunteered in the library of the former St. Teresa of Avila Grade School.

George and Estelle are survived by their children George E. McKittrick of Glenmont, Daniel J. McKittrick (Jessica) of Albany, Joseph F. McKittrick of Colonie, and Marianne Topian (Aram) of Malden, MA; their grandchildren Daniel and Juliana McKittrick, Joseph McKittrick, Christopher Stazio, and Aram, Katherine, and Stephen Topian; and by their great grandchildren Jack & James Stazio.  George was predeceased by his sister Margaret McPadden and her husband John.  Estelle was predeceased by her brother Robert Baker, and is survived by her sister in law Dorothy Baker of Phoenix, AZ.  George and Estelle are also survived by several nieces and nephews.

A Mass of Christian Burial will be celebrated Saturday morning at 9:00 a.m. in Blessed Sacrament Church, 607 Central Ave., Albany.  Relatives and friends are invited.  There will be no calling hours.  Interment will be in St. Agnes Cemetery, Menands.  In lieu of flowers, memorial contributions may be made to the Capital City Rescue Mission, 259 S Pearl St, Albany, NY 12202.  Arrangements have been entrusted to the Hans Funeral Home, Albany.  To leave a message of condolence for the family or obtain directions to the funeral home, please visit www.HansFuneralHome.com.

Offer Condolence for the family of George & Estelle McKittrick

A Certified Celebrant is a person who is trained and certified to meet the needs of families during their time of loss.  A Celebrant serves by providing a funeral service that is ...  END_OF_DOCUMENT_TOKEN_TO_BE_REPLACED