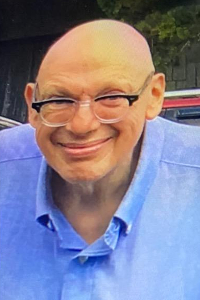 ALBANY – George Anthony Damiano, 81, of Albany, died peacefully on Sunday, January 26, 2020 at Albany Medical Center.  George was born and raised in New York City, where he lived until moving to Albany in 1966.  He was a graduate of Stuyvesant High School, and earned a Bachelor of Arts Degree from Hunter College, and a master’s degree in Public Administration from Baruch College in New York City.  He served in the U.S. Army as a Specialist 4th Class, and in the New York State National Guard from 1967 to 2006, retiring as a Colonel.  He retired in 1995 from the New York State Public Service Commission, where he worked as a Senior Budget Analyst.  George loved to keep in touch with all the family, especially the nieces and nephews.  He was an avid reader, and especially enjoyed reading about history.  Another favorite hobby was genealogy.  He was a communicant of the Cathedral of the Immaculate Conception in Albany.

Funeral services will be held privately at the Gate of Heaven Cemetery in Hawthorne, NY.  Arrangements have been entrusted to the Hans Funeral Home, Albany.  To leave a message of condolence for the family, please visit www.HansFuneralHome.com.

Offer Condolence for the family of George A. Damiano

A Certified Celebrant is a person who is trained and certified to meet the needs of families during their time of loss.  A Celebrant serves by providing a funeral service that is ...  END_OF_DOCUMENT_TOKEN_TO_BE_REPLACED