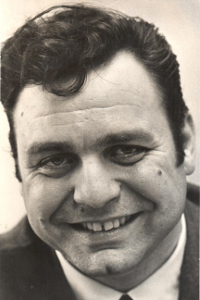 DELMAR – Dr. Henry Antonio Camperlengo passed away peacefully at home, surrounded by his family, on Friday, November 15, 2019 at the age of 86.  Henry was born on January 24, 1933 in Brooklyn, New York to Enrico Paolo Amerigo Vespucci and Pasqualena (Gragnano) Camperlengo.  He graduated from New Utrecht High School in 1950, Brooklyn College in 1954 and Albany Medical College in 1958.  Henry practiced psychiatry in the Albany area since 1962 through his private practice and as a consultant forensic psychiatrist. In addition, Henry enjoyed his role as Associate Professor of Psychiatry at Albany Medical Center from 1962-1982, where he received two Golden Apple awards (1963 and 1967) for excellence in teaching and was Co-Founder of the American Academy of Psychiatrists for the Treatment of Alcoholism and Drug Addiction and was appointed by Governor Rockefeller to the State Counsel of Alcoholism in 1968.  Henry Camperlengo served in the United States Army Medical Reserves as a Lieutenant Colonel from 1960-1970, during which time he founded the Alcoholism and Treatment Information Center for the 346th General Hospital staff.  He is remembered by his friends and family as a storyteller, talented musician, chef, historian, world traveler, healer and as Superman.  “I am a Cesar in my own country”.

Funeral services will be held in the Hans Funeral Home, 1088 Western Ave., Albany, Wednesday morning at 10:00 a.m.  Relatives and friends are invited, and may call at the funeral home on Tuesday from 4-7 p.m.  Entombment will be in Our Lady Help of Christians Cemetery, Glenmont.  To leave a message of condolence for the family or obtain directions to the funeral home, please visit www.HansFuneralHome.com.

Offer Condolence for the family of Dr. Henry A. Camperlengo

A Certified Celebrant is a person who is trained and certified to meet the needs of families during their time of loss.  A Celebrant serves by providing a funeral service that is ...  END_OF_DOCUMENT_TOKEN_TO_BE_REPLACED