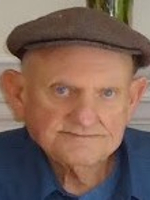 SCHROON LAKE – Douglas Earl Fawthrop, 87, of Schroon Lake, NY passed away at Saratoga Hospital on April 14, 2017. Doug was born on June 4, 1929, in Clifton Park, NY to the late William and Erminie (Fountain) Fawthrop. He graduated from Burnt Hills-Ballston Lake High School and spent his entire career working with his father in the family business, William Fawthrop and Son. He moved to Schroon Lake in 1984 and remained there until last month.

Doug was an avid golfer who loved both playing and watching the game. During his retirement, he frequently enjoyed golfing outings with his multitude of friends in Schroon Lake, and he continued playing until the age of 86.  Doug was known to be an extremely social and fun-loving man who never missed a chance to tell a good story, many of which would leave his listeners in stitches of laughter. Doug loved travelling the roads of New England and especially enjoyed his visits to Vermont and the Maine coast. He was very dedicated to his family and loved nothing more than a call or a visit with his grandchildren.  Doug was a proud member of the Shriners and volunteered in his younger days to transport children to the Shriner’s Hospital.

Doug was predeceased by his wife BettyJane (Austin) Fawthrop, his longtime friend and companion Lorraine DeCesare, and his sisters Hazel Hubbs and Ella Dennebaum.  He is survived by his daughter Deborah Titolo (William Gentes) of Saratoga Springs; his son Paul (Beth) Fawthrop of Helena, Montana; five grandchildren, Phillip (Carrie) Titolo, Ashley Titolo, Mallory (Marcus) McDowell, Forrest (Candi) Fawthrop, and Cortney (Jake) See; and by seven great grandchildren.  He is also survived by his sister Doris (Carl) Johnson, his brother-in-law Milton Austin, and many nieces and nephews and their families.

Doug generously decided to donate his body to Albany Medical College in the hopes that it might help the students there learn about his diseases and their effects on the human body.
A memorial service will be held on Saturday, June 3rd, at 1:00 PM at the Mission Community Church, 10 Old Plank Rd., Clifton Park, NY 12065.  All are welcome to attend.  Donations in his memory can be made to: Northeast Kidney Foundation, 501 New Karner Rd., # 6, Albany, NY 12205.  To leave a message of condolence for the family, please visit www.HansFuneralHome.com.

Offer Condolence for the family of Douglas Earl Fawthrop

A Certified Celebrant is a person who is trained and certified to meet the needs of families during their time of loss.  A Celebrant serves by providing a funeral service that is ...  END_OF_DOCUMENT_TOKEN_TO_BE_REPLACED