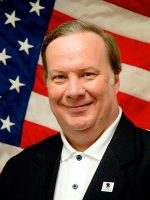 GUILDERLAND – David A. Bosworth, Jr., of Guilderland, NY passed away on Tuesday, April 18, 2017 at Albany Medical Center Hospital, surrounded by family and friends after a long illness.  David was born in Albany on October 10, 1947 to the late David A. Bosworth, Sr. and Betty Jane Cowen.  He received his undergraduate degree from the State University of New York at Buffalo and continued his graduate studies at Russell Sage College and the Harvard University Kennedy School of Government.  He served as Executive Director of the Center for Family and Youth in Albany, previously known as Project Strive, for 40 years.  He served proudly on the Board of the Guilderland Public Library, and was most recently employed at the Albany County Family Court with the Albany County Sheriff’s Department. He was also Chairman of the Guilderland Democratic Committee.

David was active in Albany County Democratic politics for many years, and served as Co-Chair of the Albany County Democratic Committee for 2 years and served on the Guilderland Town Council. David had keen political instincts, and from an early age was an enthusiastic Democratic party organizer and served as a Committeeman. Throughout his life, he worked tirelessly on behalf of Democratic Party candidates for public office at all levels of government, including the City and County of Albany, the Town of Guilderland, as well as candidates for state office, the New York State Courts, and U.S. Congress. David grew up in Albany during the years of Dan O’Connell and Erastus Corning. He was a trailblazer in the emergence, growth and success of the Democratic Party in the previous Republican Party strongholds of the towns of Guilderland, Colonie and Bethlehem. His efforts and hard work led the Democrats to electoral victories in achieving town council majorities, as well as electing Democrats to supervisor positions in those towns. As David’s health failed in recent years, he would still actively work for Democratic candidates from his hospital bed, organizing and directing campaigns and fund-raising efforts and meeting with candidates and officials.

David loved spending time with his family and friends, especially during holidays, and loved Guilderland, where he and his wife raised their family. The family expresses their deep appreciation to the doctors and staff of the Albany Medical Center Inpatient Physical Rehabilitation Unit for the compassionate support and care David received there, and to Albany County Sheriff Craig Apple and his deputies and staff.

David is survived by his wife of 41 years, Eileen Ward Bosworth; his children Laurel (Jeff) York of Burlington, CT, David A. Bosworth III (Lori Squillini) of Delmar, and Jennifer C. Bosworth of London, UK; his sister Pamela (David) Clickner of Greer, SC, and his brother Charles S. Bosworth of Schenectady, NY; three grandchildren, Benjamin York, Grace Bosworth and David A. Bosworth IV and many nieces and nephews.  In addition to his parents, David was predeceased by his sister Marion Anne Bosworth.

Funeral services will be held in the Hans Funeral Home, 1088 Western Ave., Albany, Monday morning at 9:00, and from there to St. Andrew’s Episcopal Church, North Main Ave. at Western Ave., Albany at 10:00.  Relatives and friends are invited, and may call at the funeral home Sunday from 3-7 p.m.  Interment will be in Memory Gardens, Colonie.  Memorial contributions may be made in David’s name to the Albany Medical Center Inpatient Physical Rehabilitation Unit, 47 New Scotland Ave., MC-79, Albany, NY 12208; or to the Guilderland Public Library, 2228 Western Ave., Guilderland, NY 12084.  To leave a message of condolence for the family or obtain directions to the funeral home, please visit www.HansFuneralHome.com .

Offer Condolence for the family of David A. Bosworth, Jr.

A Certified Celebrant is a person who is trained and certified to meet the needs of families during their time of loss.  A Celebrant serves by providing a funeral service that is ...  END_OF_DOCUMENT_TOKEN_TO_BE_REPLACED