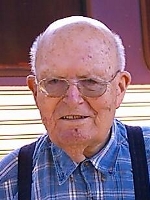 Schenectady – Clinton C. Lawry, Jr., 92, of Schenectady went home to be with his Lord and Savior on Friday, September 4, 2009 after a long illness.  He was born July 26, 1917 in Somerville, MA to Clinton C. Lawry and Meta Eisenhauer Lawry. He grew up in Dedham, MA and graduated from Dedham High School in 1935.  He received BS and MS degrees in Electrical Engineering from MIT in 1940.  Upon graduation, he came to work in Schenectady and completed GE’s A, B & C courses in the Advanced Engineering Program.  His work involved application of radar to anti-aircraft gunnery, and servo-mechanisms, which led to 3 US patents.  He received the very distinguished GE Coffin Award for his effort in the development of an integrated electronic control for aircraft jet engines.  He was later assigned to Knolls Atomic Power Laboratory, where he worked on nuclear reactor control and safety systems.  He retired in 1981.  Clinton and his late wife Faith were both active in the life of First Presbyterian Church of Schenectady.  Clinton served as a deacon, elder, and then as member of the Board of Trustees.  He served as a teacher and superintendent of the Sunday School program, and organized a  Sunday School bus ministry.  He was a member of the GE Quarter Century Club, the Schenectady County Historical Society, and the Elfun Society, where he worked on tape recorder repairs for the blind.

He was predeceased by his wife, Faith Hopkins, in May 2003.  The two married on August 23, 1941 in Melrose, MA and had 62 wonderful years together.  They were blessed with five sons, who in turn brought into the family five daughters-in-love, fifteen grandchildren (one who is with the Lord), and fifteen great-grandchildren.  He is survived by David H. Lawry (Brenda) of Fountain, CO; Clinton C. Lawry, III (Connie) of Claremont, NH; Randall A. Lawry (Cheryl) of Tomball, TX; and Mark H. Lawry (Bev) of Milford, OH.  His son Paul O. Lawry predeceased him in 1992.  Paul’s wife, Nancy, married Douglas Bodenstab of Glenville, who in many ways was like a son to him.

The family would like to thank Dr. Arthur Lee, Dr. George Vassolas, and   Dr. Reilly for their compassionate care.  They would also like to express their heartfelt thanks to the staff of Kingsway Nursing Center, who treated Clinton like family and subsequently became part of our family.

Clinton donated his body to the anatomical gift program at Albany Medical College.  A service in celebration of his life will be held at the convenience of the family at a later date, which will be published.  Memorial contributions may be made to HCJB World Radio, P.O. Box 39800, Colorado Springs, CO 80949-9800, in memory of Clinton C. Lawry Jr.  To leave a message of condolence for the family please visit www.HansFuneralHome.com.

Offer Condolence for the family of Clinton C. Lawry, Jr.

A Certified Celebrant is a person who is trained and certified to meet the needs of families during their time of loss.  A Celebrant serves by providing a funeral service that is ...  END_OF_DOCUMENT_TOKEN_TO_BE_REPLACED