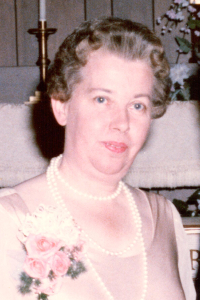 GLENMONT – Christa Dierbach, 84, of Glenmont, passed away on Friday, July 12, 2019 at Albany Medical Center Hospital.  Christa was born in Germany, and came to the United States in the early 1950s, later becoming a citizen.  She was employed for many years by the New York State Dept. of Social Services.  She also was a former member of the German American Club, and was actively involved at both the Sheehy-Palmer Post 6776 in Albany, and the Bethlehem Memorial Post 3185 in Delmar.

Christa was predeceased by her husband Rene Dierbach in 2003.  She is survived by her daughter Deborah F. Beavers (Jerry) of Elkhorn, NE; and by her grandson Barrington Beavers.

Memorial services will be held privately at the convenience of the family.  There will be no calling hours.  Arrangements have been entrusted to the Hans Funeral Home, Albany.  To leave a message of condolence for the family, please visit www.HansFuneralHome.com.

Offer Condolence for the family of Christa Dierbach

A Certified Celebrant is a person who is trained and certified to meet the needs of families during their time of loss.  A Celebrant serves by providing a funeral service that is ...  END_OF_DOCUMENT_TOKEN_TO_BE_REPLACED