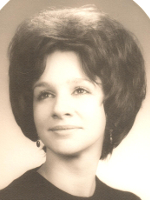 ALBANY – Carol Ann Guilbault King, 74, of Albany, passed away on Sunday, March 25, 2018 with her family by her side.  Carol was born in Albany and lived in the area all her life.  She earned a bachelor’s degree from the Empire State College, and a master’s degree from SUNY Albany.  She was employed by the Bethlehem Public Library and founded the Bethlehem Public Access Television Channel.  She also studied at Harvard for a year and published five historical romance novels.  She was a professor at the Sage Colleges of Albany for many years, and was active in local community theater, serving as an actor, director, and mentor.  She was a theater critic for the Daily Gazette newspaper, and President Emerita of Albany Civic Theater.

Carol was the wife for 54 years of her childhood sweetheart , Thomas W. King, Jr.  She is also survived by her children Thomas W. King, IV (Shelly) of Albany, Amy M. King Hoffman (Joseph) of Guilderland, and Juliet R. King (Frank) of Selkirk; her brother Robert L. Guilbault of Corinth; and her grandchildren Jessica Y. Hoffman and Isabella K. Carhart, as well as many friends, extended family and loved ones.

Carol’s family would like to thank the staff members of Community Hospice who provided wonderful care to Carol during her illness.

An informal gathering in memory of Carol will be on Saturday, April 21st from 2-5 p.m. at the Albany Civic Theater, 235 Second Ave, Albany, NY 12209.  Relatives and friends are invited to stop in.  Arrangements have been entrusted to the Hans Funeral Home, Albany.  In lieu of flowers, donations may be made in her memory to the Albany Civic Theater, PO Box 6172, Albany, NY 12206.  To leave a message of condolence for the family, please visit www.HansFuneralHome.com.

Offer Condolence for the family of Carol A. King

A Certified Celebrant is a person who is trained and certified to meet the needs of families during their time of loss.  A Celebrant serves by providing a funeral service that is ...  END_OF_DOCUMENT_TOKEN_TO_BE_REPLACED