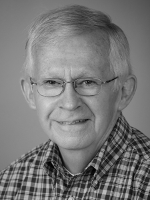 LINCROFT, NJ – Brother John Joseph Wilson, 75, passed away Tuesday, December 20, 2016 at De La Salle Hall in Lincroft, NJ.  Brother John was born December 29, 1940 in Troy, the son of the late Henry Guy Wilson and Margaret Kelly Wilson.  He was a 1958 graduate of La Salle Institute in Troy, and in that year joined the Christian Brothers, taking the name Brother Michael John.  He was a graduate of Catholic University class of 1963, and later went on earn four masters degrees and a Doctor of Pastoral Ministry.  He had numerous assignments with the Brothers of the Christian Schools from 1963 to the present throughout the United States at various schools and colleges as a teacher, administrator and counselor.   Most recently he served in pastoral care including Pastoral Ministry at the Teresian House.

A Mass of Christian Burial will be celebrated in the Christian Brothers Academy Brothers’ Residence, 12A Airline Drive, Albany, Thursday afternoon at 1:00 p.m.  Relatives and friends are invited, and may call at the Brothers’ Residence prior to the mass from 11:00 a.m. to 1:00 p.m.  Interment will be in St. Agnes Cemetery, Menands.  To leave a message of condolence, please visit www.HansFuneralHome.com.

Offer Condolence for the family of Brother John Wilson

A Certified Celebrant is a person who is trained and certified to meet the needs of families during their time of loss.  A Celebrant serves by providing a funeral service that is ...  END_OF_DOCUMENT_TOKEN_TO_BE_REPLACED