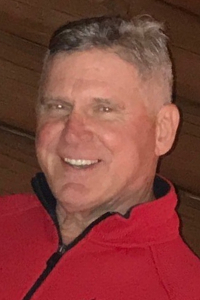 STILLWATER – Brian M. Chmura died March 7, 2021, surrounded by his family, after a long and courageous battle with brain cancer.  Brian was born in Glens Falls Hospital in July 1948, to Walter and Virginia Chmura and resided in Bolton Landing on beautiful Lake George until he graduated with honors from Bolton Central High School in June 1966.  While in high school, Brian played on the basketball and soccer teams, was a member of the honor society, and President of the senior class.

He attended Missouri State University and graduated in May 1970 on the Dean’s List with a B.S. Degree in Law Enforcement/Sociology.   Brian was immediately drafted into the U.S. Army during the Viet Nam war and served on active duty as a Sergeant E-5 in the infantry with the 4th Infantry Division assigned to Ft. Carson, CO.  In March 1973 he entered the Military Police and later the U.S. Army Criminal Investigation Division Command (CID) and was the Distinguished Graduate of his class at Ft. Gordon, GA.  He served on active duty until March 1998, as a CID Special Agent Chief Warrant Officer II until he left active duty to take a position as a Special Agent with USDA Office of Investigation in the Philadelphia, PA vicinity and remained in that employment until he retired in August 1998 as the Assistant Special Agent-in-Charge of the office located at 26 Federal Plaza, New York, NY. During this period Brian continued his military service with the U.S. Army Reserve again as a CID Warrant Officer and achieved the rank of CW5 by the time he left the reserves in June 2007.

After his retirement from USDA Investigations he continued working in a contract capacity for the U.S. Government as a Contract Background Investigator conducting security clearance background investigations for INS, ICE, CBP, NSA, DOD, Border Patrol and others, until November 2018.

The past 27 years have been spent with his loving wife and best friend Joanne at their homes in Stillwater, NY and Rotonda West, FL.  Brian was an avid golfer who played almost daily both in New York and Florida, as a member of Saratoga Lake Golf Club and Rotonda Golf and Country Club. Brian loved working around his homes with his wife and always stayed active.

Brian is survived by his loving wife Joanne; his daughter Angela Politi (Victor); his son Anthony Chmura (Tanya); and he was the loving grandfather of Gracie and Lukas Politi and Natalie Rose Chmura. He is also survived by his father Walter Chmura; and his brothers Walter Peter Chmura and Dennis Chmura.  He was predeceased by his mother Virginia.

Funeral services will be held privately at the convenience of the family.

The family would like to thank the staff at Teresian House for the compassionate and thoughtful care they gave Brian and the family.

In lieu of flowers, donations can be made in honor of Brian to the Dana Farber Cancer institute, Glioblastoma Research, by calling 800-525-4669, online – DanaFarber.org or mail to Dana Farber Cancer Institute, 10 Brookline Place West, Brookline MA, 02445.  Arrangements have been entrusted to the Hans Funeral Home, Albany.  To leave a message of condolence for the family please visit www.HansFuneralHome.com .

Offer Condolence for the family of Brian M. Chmura

A Certified Celebrant is a person who is trained and certified to meet the needs of families during their time of loss.  A Celebrant serves by providing a funeral service that is ...  END_OF_DOCUMENT_TOKEN_TO_BE_REPLACED