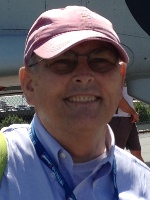 DELMAR – Brian J. O’Donnell, Esq., 67, of Delmar, passed away peacefully on Monday, October 6, 2014, with his family by his side.  Brian was born in Albany, the son of the late Harold Daniel O’Donnell and Margaret Veronica Crowley O’Donnell.  He was raised in Schenectady, and he lived for a time in the Bronx, but lived most of his life in Albany and Delmar.  Brian was a graduate of Fordham University, and served in the U.S. Army with the 1st Battalion 64th Armor Division in Germany, completing his service and reserve service as a Captain.  He was also a graduate of Albany Law School, and was a partner in several area law firms, most recently Hite, O’Donnell, and Beaumont, PC.  He also was employed for the past eight years by the Litigation Bureau of the New York State Attorney General’s Office.  Brian was a communicant of the Parish of Mater Christi in Albany, and Blessed Sacrament Church in Bolton Landing.  He enjoyed sailing J24’s, and was a member of the Lake George Club and the Corinthian Club.  He also enjoyed playing squash, ice skating, and was a talented ice dancer.  Brian liked to say that the blessings brought to him by his family and friends provided him with an embarrassment of riches.

Funeral services will be held in the Hans Funeral Home, 1088 Western Ave., Albany, Friday morning at 8:30, and from there to the Parish of Mater Christi at 9:30.  Relatives and friends are invited, and may call at the funeral home Thursday from 4-8 p.m.  Interment will be in St. Joseph’s Cemetery, Schenectady.

Offer Condolence for the family of Brian J. O’Donnell, Esq.

A Certified Celebrant is a person who is trained and certified to meet the needs of families during their time of loss.  A Celebrant serves by providing a funeral service that is ...  END_OF_DOCUMENT_TOKEN_TO_BE_REPLACED