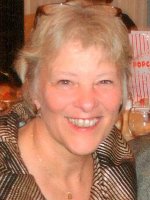 ALBANY – Barbara A. “Bobbi” Jeffers, 63, passed away Sunday, November 24, 2013 in the Hospice Inn at St. Peter’s Hospital.  Bobbi was born in Albany, the daughter of the late Edward J. Banagan and Carolyn A. Hinman Banagan.  She lived for a time in Rochester, but lived most of her life in Albany.  Bobbi was employed by the Lawyers Cooperative Publishing Co. in Rochester, and then by The Research Foundation for the State University of New York.

Her husband, family, and friends lost their self appointed guardian angel when Bobbi got called to play tennis with her dad at those pristine courts in heaven.  Bobbi left us after a valiant struggle with a disease that she battled with the same elegant dignity with which she lived her life.  Her nieces and nephews will undoubtedly miss the special “birthday lunches” which Aunt Bobbi always turned into shopping trips, but no more so than her husband and siblings will miss her unconditional love and support of their endeavors.

Bobbi loved “her” Red Sox, New York Giants, and most especially “her” U Albany football.  She also never missed entering a shoe store just in case she might miss a pair of shoes that she didn’t already have.

Bobbi was at her happiest and proudest when she was caring and providing for others and never sought the attention she so richly deserved.  She would want that somehow we could all get beyond petty differences and live life caring for others. Bobbi will join her mom in the hereafter and try to figure out how to still make the world a better place for all. Among other charities, she also served as a supporter of the Hospice and Palliative Care Association of New York State.  Bobbi enjoying working with crafts, and selling what she created through her business Simple Elegance.

Funeral services will be held in the Hans Funeral Home, 1088 Western Ave., Albany, Wednesday morning at 9:30, and from there to Blessed Sacarament Church at 10:30.  Relatives and friends are invited, and may call at the funeral home Tuesday from 4-8 p.m.  Interment will be in St. Agnes Cemetery, Menands.  It was Bobbi’s wish that memorial contributions to the Hospice and Palliative Care Association of New York State,  2 Computer Drive West, Suite 105, Albany, NY 12205.  To leave a message of condolence for the family, send a sympathy card, or obtain directions to the funeral home, please visit www.HansFuneralHome.com.

Offer Condolence for the family of Bobbi Jeffers

A Certified Celebrant is a person who is trained and certified to meet the needs of families during their time of loss.  A Celebrant serves by providing a funeral service that is ...  END_OF_DOCUMENT_TOKEN_TO_BE_REPLACED