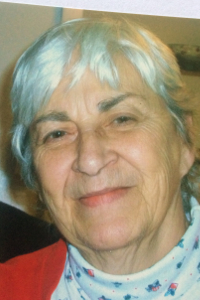 GUILDERLAND – Bernice Carol (Abare) Hauser, 82, of Guilderland died peacefully Saturday, May 18, 2019 at her residence with her family by her side following a short illness.

Born in Lyon Mountain, on December 15, 1936, Bernice was the daughter of the late Herbert and Lillian (St. John) Abare of Plattsburgh, and wife of the late Arthur J. Hauser, Jr.

Bernice attended Plattsburgh High, and at a later date worked for and received her GED.  She continued her education by taking courses at Maria College.  She also attended clown school so she could achieve her goal of entertaining Veterans.

She was a stay at home mom for seventeen years, who devoted her life to her four children.  As her children grew, she entered the work force for the State of New York, from which she retired after many years.

Bernice was very devoted to our country, she was a charter member of the Ladies Auxiliary of the Guilderland Elks 2480, where she once presided as president.  She was also a past president of the Robert L. Weininger VFW Post 8692.  Bernice was awarded membership in the Military Order of the “Cootie” of the United States.

She also enjoyed family activities such as family gatherings (which were many) and camping.

Funeral services will be held privately at the convenience of the family, with entombment in St. Agnes Cemetery, Menands.  Relatives and friends are invited to call at the Hans Funeral Home, 1088 Western Ave., Albany, Wednesday from 4-8 p.m.  The family suggests that in lieu of flowers, contributions be made to the Gary Sinise Foundation, PO Box 368, Woodland Hills, CA 91365.  To leave a message of condolence for the family or obtain directions to the funeral home, please visit www.HansFuneralHome.com.

Offer Condolence for the family of Bernice C. Hauser

A Certified Celebrant is a person who is trained and certified to meet the needs of families during their time of loss.  A Celebrant serves by providing a funeral service that is ...  END_OF_DOCUMENT_TOKEN_TO_BE_REPLACED