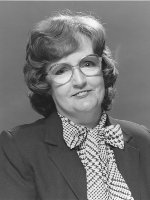 ALBANY – Barbara Elizabeth Cheles, 72, of Albany, passed away Sunday, December 29, 2013 in the Hospice Inn at St. Peter’s Hospital.   Barbara earned her BA in Accounting from Le Moyne College in Syracuse and later earned her Chartered Life Underwriter (CLU) designation.  She followed in her father’s footsteps working for New York State.  Barbara started her career as a Junior Insurance Examiner Trainee and retired 41 years later as the Director, Licensing Services Bureau of the State of New York Insurance Department.  She was a member of the Securities & Insurance Licensing Association (SILA) since 1992, served as a Regulatory Advisor on its Board, and received the 2001 Warren E. Spruill Regulator Recognition Award for fostering cooperation between industry and regulatory agencies across the country. Barb was an active Communicant, Lector and Eucharist Minister at the former St. Teresa of Avila Church in Albany.  She was a licensed private pilot and a loving, dedicated caregiver for her mother who fought a long, brave battle with breast cancer.  One of Barbie’s greatest pleasures was sitting on the front porch of her family home visiting neighbors who will miss seeing her “holding court”.

Barbara was predeceased by her parents Joseph C. Cheles and Catherine A. Fitzpatrick Cheles.  She is survived by her sisters Pamela Layton (Brent) of Ivins. UT, and Paula LaSalle (Art) of Baltimore, MD; her cousins Mary Ellen Cheles Sampson (Joseph) of Albany, Tom Cheles of Troy, Nancy Vachout Golly (Russell) of Gainesville, FL, and Susan Vachout Kane of Hopkinton, MA; and by three nephews.

A Celebration of Life Service will be held at a later date.  There will be no calling hours.  Arrangements have been entrusted to the Hans Funeral Home, Albany.  To leave a message of condolence for the family or send a sympathy card, please visit  www.HansFuneralHome.com.

Offer Condolence for the family of Barbara E. Cheles

A Certified Celebrant is a person who is trained and certified to meet the needs of families during their time of loss.  A Celebrant serves by providing a funeral service that is ...  END_OF_DOCUMENT_TOKEN_TO_BE_REPLACED